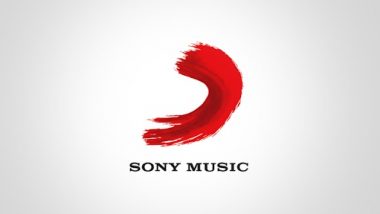 Los Angeles, March 11: Label Sony Music has suspended all of its operations in Russia, the company has confirmed to 'Variety'. "Sony Music Group calls for peace in Ukraine and an end to the violence. We have suspended operations in Russia and will continue our support of global humanitarian relief efforts to aid victims in need," the company said in a statement, reports variety.com.

Sources tell Variety that the company's staffers will continue to receive their salaries for an undetermined time; the artists' situation is still being worked out. Universal Music Group announced that it is suspending its operations in the country on Tuesday. All three major labels "Universal, Sony and Warner" have local labels and operations in Russia; Warner is expected to make an announcement in the coming days. Google To Send Air Raid Alerts to Android Users in Ukraine.

The three companies all have made donations to Ukraine relief efforts. Early Tuesday, the U.K.'s performing rights organisation, PRS for Music, said it has formally and immediately suspended its rights representation relationship with RAO, the Russian collecting society for musical works, "pending confirmation of its separation from the Russian Government and those individuals and companies on the sanctions lists."

BMI in the US made a similar statement this week: "BMI has suspended its copyright representation payments to RAO, the Russian collection society for musical works. Additionally, we are working with CISAC on a broader effort that will help benefit creators in the Ukraine and surrounding areas, while also providing humanitarian aid to those who are so desperately in need."

CISAC, which is the governing body of all global collection societies, launched a Ukraine relief fund on Wednesday and, sources say, is continuing to assess the status of Russian collection management organisations. Many in the publishing and songwriter community, including songwriter Ross Golan, have publicly called for collection societies to stop doing business with Russia.

A representative for France-based label and distributor Believe Music, which has a substantial market presence and 40-employee staff in the country, tells Variety that it has "no plans to suspend operations in Russia for the moment but we are monitoring the situation very closely as it is developing constantly."

(The above story first appeared on LatestLY on Mar 11, 2022 11:20 AM IST. For more news and updates on politics, world, sports, entertainment and lifestyle, log on to our website latestly.com).