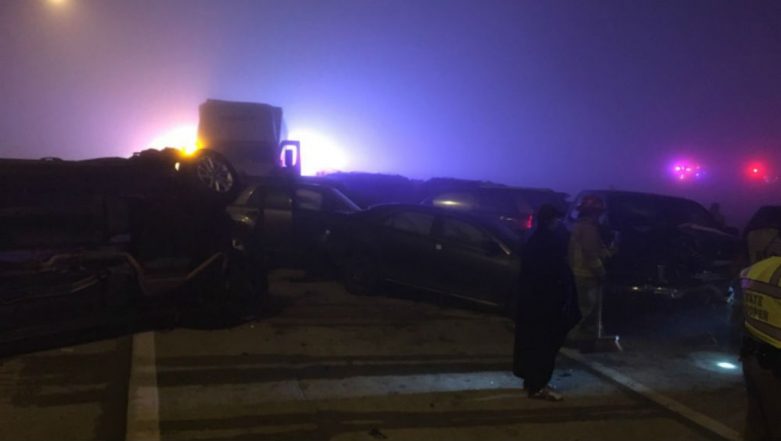 Visuals from the spot of accident in US Austin, Texas | (Photo Credits: Twitter)

If you think those vehicle collisions due to fog and low visibility are a phenomenon peculiar to India, then you are wrong. On New Year's Day, as many as 56 people had to be medically treated after a crash involving more than 20 vehicles near Austin, Texas in US.

A total of nine people had to be taken to the hospital as their injuries were moderate to serious.

Witnesses say that the accidents took place due to heavy fog in the area. Fire officials rushed to the spot at the time of accident, said reports.

Check the visuals from the accident spot in the tweet below:

The work did not end at helping the injured to the hospital. The Austin Fire Department removed and wiped up the fluid and fuel spills, which resulted from the collision, said reports. Other parts of the states also witnessed a foggy start to the year 2019.