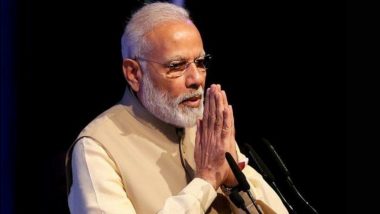 Some of the other top leaders in the list are Donald Trump, Kamala Harris, Xi Jingping, Jair Bolsonaro and Joe Biden.  Ayushmann Khurrana is the only Indian actor to make it to the Time 100 this year. He has been listed as one of the 100 most Influential People Of 2020. Imran Khan, Donald Trump, Jacinda Ardern Among Time 100 Most Influential People in 2019; Narendra Modi Not On List.

For the first time, TIME revealed the annual TIME100 list with an hour-long special television event on ABC.  On September 23, 24 and 25, TIME will host TIME100 honorees for a three-part series of TIME100 Talks, TIME's series of virtual conversations that convenes influential leaders across fields to encourage cross-disciplinary action toward a better world,

(The above story first appeared on LatestLY on Sep 23, 2020 09:46 AM IST. For more news and updates on politics, world, sports, entertainment and lifestyle, log on to our website latestly.com).