US Shocker: Man Kills Teenager With Drugs For Sex, Later Dumps Her Body in Florida

A 25-year-old man has been charged in the murder of a 16-year-old Clearwater girl who was found dead on the Duke Energy Trail over a year ago, Sheriff Bob Gualtieri said. 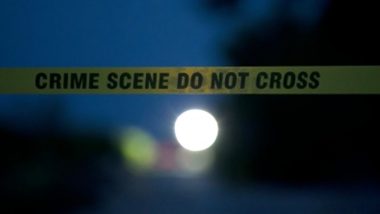 Clearwater, December 7: A 25-year-old man has been charged in the murder of a 16-year-old Clearwater girl who was found dead on the Duke Energy Trail over a year ago, Sheriff Bob Gualtieri said. Construction workers found the body of a teenage girl behind a recreation center in Clearwater on Nov. 19, 2021. Investigators said they were able to track him down from his home to where he dumped the teenager’s body.

He was indicted Friday on charges of first-degree murder and unlawful sexual activity with minors, reported WFTV.

He announced 25-year-old Robert Gullo is facing a charge of first-degree murder for the death of Meaghan Cooper — a freshman at Countryside High School. Gullo reportedly sent texts to the girl on the night of Nov. 18, 2021, so the pair could hang out at his house while using cocaine. US Shocker: Man Has Sex With Friend's Dog in Public, Damages Church Property in Florida; Arrested

Cooper met up with the 25-year-old after he picked her up from her house when the mother fell asleep, the sheriff said. In a series of texts between the two revealed at the news conference, Gullo sent Cooper inappropriate messages about how to dress when they meet up.

Gualtieri said Gullo’s ankle monitor showed that the murder suspect stayed at his home all night until about 6 a.m. on Nov. 19. He then went to the power lines where Meaghan’s body was found and went back home. Last Friday, a grand jury indicted the 25-year-old for first-degree murder and unlawful sex with a minor.

(The above story first appeared on LatestLY on Dec 07, 2022 08:35 AM IST. For more news and updates on politics, world, sports, entertainment and lifestyle, log on to our website latestly.com).