US Strikes on Pro-Iran Group in Iraq Kill 25, Sparking Anger 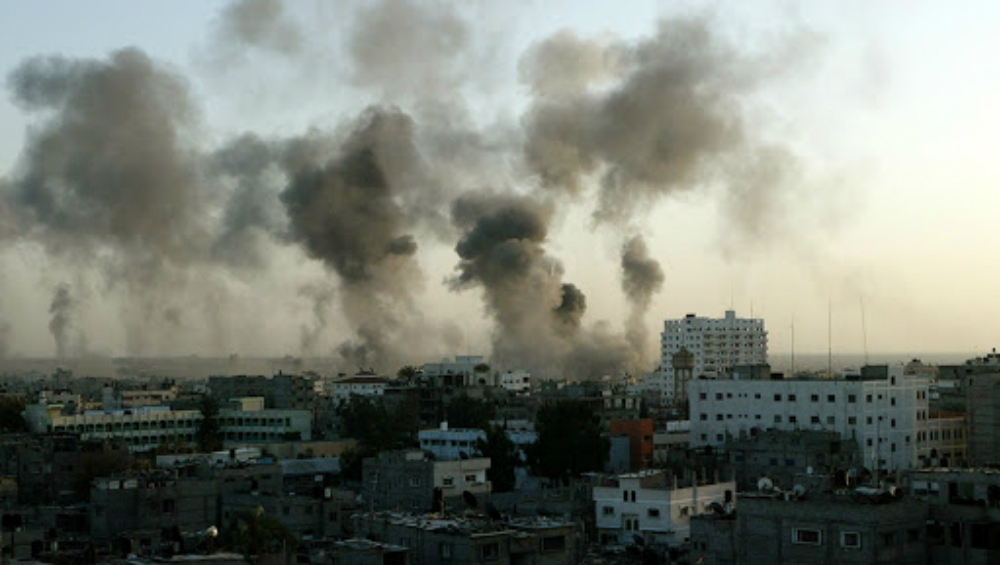 Baghdad, December 30: US air strikes against a pro-Iran group in Iraq killed at least 25 fighters, a paramilitary umbrella said Monday, triggering anger in a country caught up in mounting tensions between Tehran and Washington.

The attacks on Sunday night saw US planes hit several bases belonging to the Hezbollah brigades, one of the most radical factions of Hashed al-Shaabi, a Tehran-backed Iraqi paramilitary coalition. US Strikes Iran-Backed Military Group in Iraq and Syria.

The strikes "killed 25 and wounded 51, including commanders and fighters, and the toll could yet rise," according to the Hashed, which holds major sway in Iraq.

It said it was still pulling victims from the rubble of bases near Al-Qaim, an Iraqi district bordering Syria, on Monday.

Iran's foreign ministry spokesman Abbas Mousavi said the US had "shown its firm support for terrorism and its neglect for the independence and sovereignty of countries" by carrying out the attacks.

Washington -- itself a key ally of Baghdad -- must accept the consequences of its "illegal act", Mousavi added.

US Defence Secretary Mark Esper described the attacks against the Hezbollah brigades -- which hit three locations in Iraq and two in neighbouring Syria -- as "successful", and did not rule out further military action against Iran-backed militias.

Bahrain, a key US ally in the region, welcomed the strikes.

The operation was retaliation for a series of rocket attacks since late October against US interests in Iraq, including a barrage of more than 30 fired on Friday against an Iraqi base in Kirkuk, which killed a US civilian contractor.

US-Iran tensions have soared since Washington pulled out of a multilateral nuclear agreement with Tehran last year and imposed crippling sanctions.

Iraqi leaders fear their country could become a battleground between Tehran and Washington, in a context where they are also grappling with huge street protests against corruption and Iran's enormous political influence.

The demonstrations forced prime minister Abel Abdel Mahdi to resign last month, although he remains in a caretaker role. The protest movement, along with President Barham Saleh, have rejected Iran's favoured successor.

US sources say that pro-Iran armed factions now pose a greater threat than the Islamic State, a jihadist group whose rise saw the US freshly deploy troops on Iraqi soil.

But significant elements of the Iraqi political class view the 5,200 US troops in the country as a "threat", with Sunday night's strikes reviving calls for them to leave the country.

Abdel Mahdi's military spokesman decried "a violation of Iraqi sovereignty", while the Hezbollah brigades are demanding the "withdrawal of the American enemy".

Lebanese Shiite movement Hezbollah -- which is separate from the targeted faction -- called the attacks a "flagrant violation of Iraq's sovereignty and security" and noted that Hashed had been a key player in the battle against IS.

Another powerful pro-Iran group, Assaib Ahl al-Haq -- whose leaders were recently hit with US sanctions -- also called for Americans to withdraw from Iraq.

"The American military presence has become a burden for the Iraqi state and a source of threat against our forces," it said in a statement.

"It is therefore imperative for all of us to do everything to expel them by all legitimate means."

Parliament's deputy speaker, part of influential Shiite cleric Moqtada Sadr's bloc, called on the Iraqi state to "take all necessary measures" in the face of the US attacks.

Several lawmakers have castigated afresh an agreement permitting American soldiers to deploy in the country, arguing the strikes amount to a violation that renders the pact obsolete.

Since October 28, at least 11 attacks have targeted Iraqi military bases where US soldiers or diplomats are deployed.

While earlier attacks killed an Iraqi soldier and wounded others, the one on Friday was the first to kill an American, targeting a meeting between Iraqi police commanders and the international coalition that fought IS.