US Strikes Iran-Backed Military Group in Iraq and Syria 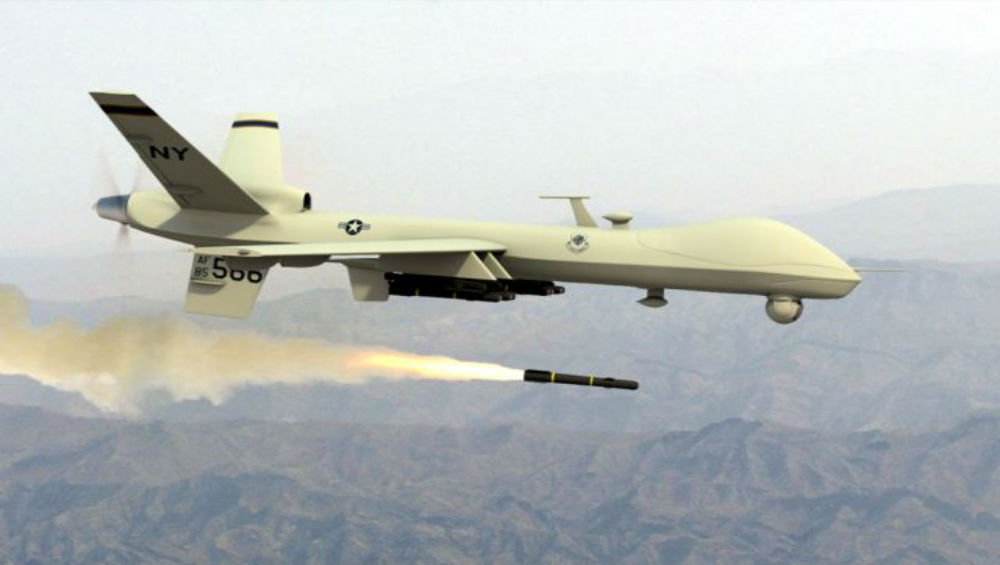 Washington, December 30: The Pentagon has said that the US military carried out strikes against Iran-backed military group in Iraq and Syria, two days after a rocket attack on an Iraqi base leading to the death of an American civilian contractor. US forces have conducted "precision defensive strikes" against three Kata'ib Hezbollah (KH) facilities in Iraq and two in Syria, Xinhua news agency reported citing Assistant to the Secretary of Defence Jonathan Hoffmanas saying here on Sunday.

According to media reports, at least 25 militia fighters were killed and 55 others injured due to the strikes in Iraq. Hoffmanas added that the military raid was a response to the KH rockets attack on the base near Kirkuk on Friday, which killed the contractor and injured four American service members and two members of the Iraqi Security Forces (ISF).  Somalia: US Air Strike Kills ISIS Terrorist.

KH has strong ties with Iran's Quds Force and has repeatedly received aid and other support from Tehran, according to Hoffmanas. Calling the attack "successful", US Defense Secretary Mark Esper addressed the media here on Sunday that President Donald Trump was informed that further military responses could be warranted.

"We discussed with him other options that are available," said Esper. "I would note also that we will take additional actions as necessary to ensure that we act in our own self-defence, and we deter further bad behaviour from militia groups or from Iran."

More than 5,000 US troops have been deployed in Iraq to support the Iraqi forces in the battles against the Islamic State (IS) terror group, mainly providing training and advising to the Iraqi forces. The troops are part of the US-led international coalition that has been conducting air raids against IS targets in both Iraq and Syria.