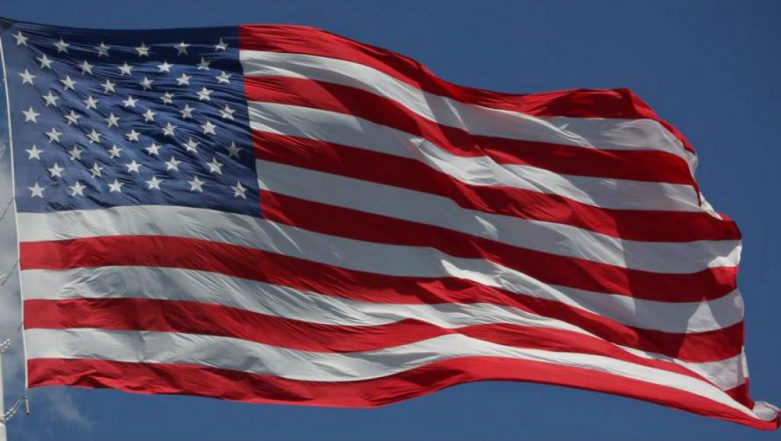 Washington D.C, May 6: US national security adviser John Bolton on Sunday said Washington is planning to deploy the USS Abraham Lincoln Carrier Strike Group and a bomber task force in the Middle East to counter a "number of troubling and escalatory indications and warnings" from Iran. Bolton told CNN that there were threats to both the US maritime and land-based forces in the region.

The deployments are aimed specifically at deterring any Iranian military actions, the official added. In a statement released by the White House, Bolton said the US was deploying the USS Abraham Lincoln Carrier Strike Group and a bomber task force to the US Central Command region in the Middle East "to send a clear and unmistakable message to the Iranian regime that any attack on United States interests or on those of our allies will be met with unrelenting force." Iran’s Mohammad Javad Zarif Calls for US Forces to Be Put On Tehran’s ‘Terror’ List.

"The United States is not seeking war with the Iranian regime, but we are fully prepared to respond to any attack, whether by proxy, the Islamic Revolutionary Guard Corps, or regular Iranian forces," the statement read.US Secretary of State Michael R Pompeo also said that the deployments have been in the works for "a little while." "We will hold the Iranians accountable for attacks on American interests. And the fact that ... if those actions take place, if they do by some third-party proxy, a Shiite militia group, the Houthis or Hezbollah, we will hold the Iranian leadership directly accountable for that," CNN quoted Pompeo as saying.

The US' announcement came after the recent escalation of tension between Washington and Tehran following events such as the US designating Iranian army as a terrorist organisation, followed by Iran's response with the same designation for the US military's Central Command, which oversees the Middle East region.

In addition, Washington from May 1 has also ended sanction waivers for countries buying Iranian oil, including India, or subject to US sanctions. On the oil issue, Iranian Foreign Minister Javad Zarif was last month quoted as saying that Iran would continue to sell its oil in world markets and the US should not try to stop it. Zarif said, "If the United States takes the crazy measure of trying to prevent us from doing that," adding, "then it should be prepared for the consequences."