Despite the novel coronavirus crisis which emerged from wet markets in Wuhan, China's controversial dog meat festival has kicked off in spite of government's campaign to improve animal welfare for health reasons stemming from COVID-19 pandemic. 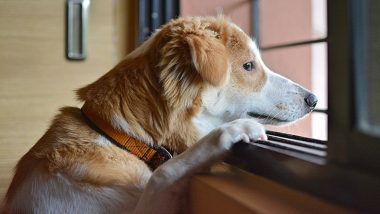 During the annual 10-day event, which takes place in Yulin, thousand are dogs are killed and eaten each year. Videos from the event show animals being tortured to death. Stop Eating Dog Meat! Vietnam’s Capital City Hanoi Tells Its Residents.

Every year, the inhumane festival garners criticism from animal activists and various organisations, but it continues to be celebrated. Typically thousands flock the dog meat festival, but this year the attendance has dropped swiftly due to coronavirus fears.

In April, Shenzhen in southeastern China became the first city in the country to prohibit the consumption of dogs. China's agriculture ministry also classified dogs as pets rather than livestock. However, this remains unclear how this would affect Yulin's dog meat festival.

According to Chinese folk stories, eating meat during Summer brings good health and luck. Hence, people participate in the Yulin festival every year to celebrate the summer solstice. Cat and other animals meat, lychees and alcohol are also available at the event.

(The above story first appeared on LatestLY on Jun 23, 2020 12:01 AM IST. For more news and updates on politics, world, sports, entertainment and lifestyle, log on to our website latestly.com).