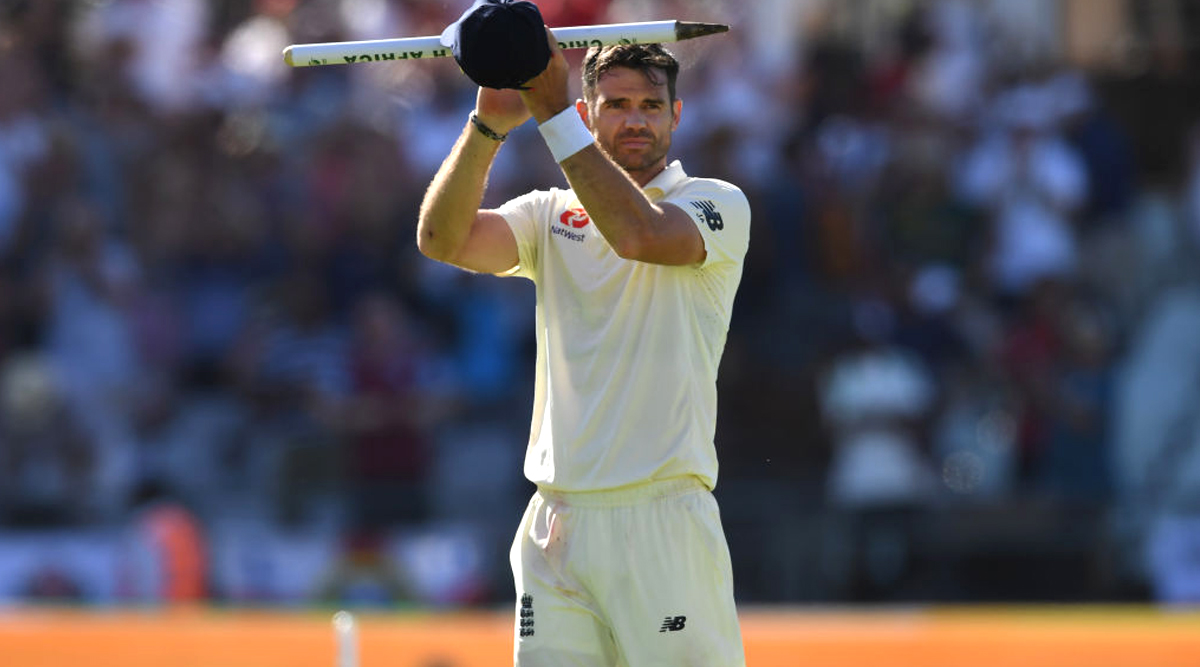 London, March 27: England bowler James Anderson is determined that the coronavirus will not end his illustrious career as he focuses on keeping fit by taking part in "virtual" training sessions with his teammates. Anderson, 37, whose 584 Test wickets are the most taken by any paceman in the history of the game, is nearing the end of his playing days. But the Lancashire veteran says despite having no cricket to play until the end of May at the earliest, the idea of not bowling professionally again has not crossed his mind. Jofra Archer Spreads Awareness About Staying Indoors Amid Coronavirus Crisis Through This Hilarious TikTok Video.

"I've not actually thought about never playing cricket again," he said during a conference call on Thursday. "I feel like we will play again and I will play again at some stage. "I'm still hungry to play, I've still got ambitions to play for England. "So I think the fact I've been able to do this for a long time and I get to play a sport as a job means when I do get to do that again, I'm really going to cherish it and enjoy every single moment of it." With Britain under a coronavirus lockdown, Anderson is keeping fit by working out on-line with teammates including fellow pacemen Stuart Broad and Mark Wood.

"A few of the lads are training together virtually," he said. "I did a workout with Stuart Broad and Mark Wood yesterday. "We've all got Pelotons -- the bikes. You can compete against each other. Stuart came out on top this time, with me a close second and Mark Wood in third." Anderson made the most recent of his 151 Test appearances against South Africa in Cape Town in January before a broken rib ended his tour prematurely. That followed an Ashes campaign last year in which he bowled just four overs because of a calf problem.

England left Anderson out for their recent tour of Sri Lanka, curtailed by the coronavirus, in a bid to get him fit for the English summer. "To get injured again was a big frustration," he said. "But it was lucky in a way that it was a broken rib. If it was a muscle injury it would have taken much longer to recover." The England and Wales Cricket Board last week put cricket on hold until May 28 -- just a week before the scheduled start of the first Test against the West Indies.

Anderson believes even if that return date is feasible, the timescale could be tight unless players can train outdoors in May. He is also wary about the prospect of matches being played behind closed doors, saying the game has to be played in front of fans. Although he has long been a red-ball specialist, Anderson said he would be prepared to play white-ball cricket again, even in the new Hundred competition.

Anderson has an ambassadorial role with the Manchester Originals, one of the franchises, but no contract. "I want to be playing cricket and if that is the only cricket going on, if it's the Hundred or the T20 Blast, I'd love to be involved in that," he said.

"If there wasn't any red-ball cricket this summer, it would be a long, long time for me to be ticking over in the nets." Despite the frustrations as a cricketer during the coronavirus lockdown, Anderson said it was important to look at the bigger picture. "People are sacrificing a hell of a lot for us to try and keep us healthy," he said. "I think us sacrificing some of, and maybe all of, the cricket season and staying inside for a bit, I don't think that's a huge sacrifice."