Bigg Boss 15: Is Umar Riaz Evicted From the Reality Show Ahead of Finale? Brother Asim Riaz's Cryptic Tweet Hints So 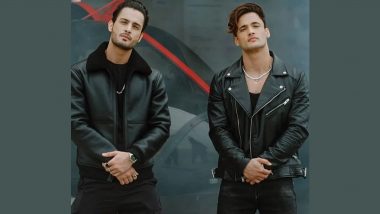 On the other hand, Asim's girlfriend Himanshi Khurana, who participated in 'Bigg Boss 14', slammed the show. "They do what they wana do .... votes krwao or fir nikal do .... or bash kar karke mental health bhi khraab kar do ..... well played umar @realumarriaz," she tweeted. Yash Birthday: From Modalasala To KGF, 5 Blockbusters Of The Kannada Superstar That Are A Must Watch.

In another tweet, Himanshi wrote, "No wonder har season me same hota hai .... isi liye kya hi voting appeal dale or kya votes mange ...... we are with you umar @realumarriaz. Asim and Himanshi's tweets suggested that Umar is no more a part of the ongoing show. Fans and other members from the showbiz also came out in support of Umar and called out the makers for being biased and unfair.

"#UmarRiaz had a huge fan following even then how did he get eliminated..Shocking. Biased show," a fan commented. For the unversed, Umar is a doctor by profession. He has made a lot of headlines in the 'Bigg Boss 15' house -- especially with his game style, fights, and equation with co-contestant Rashami Desai.