Get latest articles and stories on Entertainment at LatestLY. Disney Plus Hotstar revealed a star-studded lineup for its initial foray into Telugu-language programming on Friday. 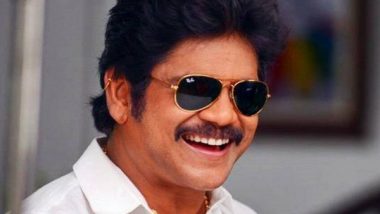 Also Read | Peter Dinklage Talks About Why Game of Thrones Fans Were 'Angry' Over Show's Ending.

Krish directorial bank robbery show '9 hours', will star Tarak Ratna and Ajay; 'Jhansi', starring Anjali in the lead role, is a series about an amnesiac woman and a doting mother who unravels her true identity and confronts her dark past making her a reluctant vigilante; and 'Shaitan' is a thriller written and directed by Maahi Raghav.

Sunil Rayan, president, and head, Disney Plus Hotstar, said: "We have always been at the forefront of revolutionizing the way content is created and consumed in India - and are delighted to continue this journey to create an unparalleled Telugu entertainment experience for our viewers. With this foray, we endeavour to take one more step towards elevating the entertainment experience for viewers across India."

Also Read | Bigg Boss Telugu OTT to Be Launched Soon With Nagarjuna as the Host.

Nagarjuna also expressed his excitement on the new venture and said, "Digital streaming platforms in the country are growing their footprint and it is interesting how the platform is leveraging the Tollywood [Telugu-language industry] industry's large fan following to bring in original productions and creative narratives. The addition of Telugu dedicated series and films on Disney Plus Hotstar is a definitive step towards democratizing entertainment for the global audience."

Telugu cinema star Ram Charan, soon to be seen in SS Rajamouli's blockbuster 'RRR', is serving as the face of the Disney Plus Hotstar Telugu-language programming launch.

"The entertainment landscape in India is transforming drastically with a digital presence. Telugu entertainment entering this landscape with Disney Plus Hotstar is a great boost for all associated with the industry. The audience can look forward to seeing their favourite stars don new and intriguing characters that will leave them spellbound. The global audience too now gets an opportunity to watch highly engaging Telugu stories that had otherwise been limited to theatres and regional channels. The stars are now shining on Telugu entertainment, and I am happy to be the face of it," Ram Charan said, as per Variety. (ANI)