While the recent US Supreme Court's ruling that abortion is no longer a federal constitutional right in that country, the Bombay High Court in an order passed on June 27, 2022, granted liberty to a minor girl to undergo medical termination of her pregnancy. 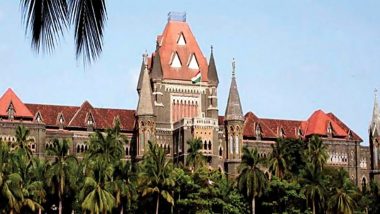 Mumbai, July 1: While the recent US Supreme Court's ruling that abortion is no longer a federal constitutional right in that country, the Bombay High Court in an order passed on June 27, 2022, granted liberty to a minor girl to undergo medical termination of her pregnancy.

On June 24, 2022, the Supreme Court of the United States of America (USA) abolished abortion rights while overturning the constitutional right granted to women in a historical 1973 ruling called Roe v. Wade. Through this abortion was legalised across the states.  US Abortion Ruling: Google, Other Tech Firms Allow Employees To Relocate to States Where Abortion Is Legal

The Supreme Court has struck down Roe v. Wade, eliminating the nearly 50-year-old constitutional right to abortion and ruled that states may regulate the practice of it, according to a media report.

"The Constitution does not confer a right to abortion; Roe and Casey are overruled; and the authority to regulate abortion is returned to the people and their elected representatives" the ruling said Uddhav Thackeray Slams Maharashtra CM Eknath Shinde, Says 'Deserter Cannot Be Shiv Sena CM'.

However, the Bombay High Court allowed the termination of a 16 weeks' pregnancy of a minor who was a victim of sexual abuse and noted that the Apex Court in its order in 2009, has observed that reproductive choice is an insegragable part of a woman's personal liberty as envisaged under Article 21 of the Constitution of India.

The Bombay High Court bench of Justice Urmila Joshi Phalke and Justice AS Chandurkar in an order noted, "She contended that said pregnancy is unwanted. Admittedly, she cannot be forced to give birth to a child.

As observed by the Hon'ble Supreme Court that it is the right of a woman to have a reproductive choice. She has a choice to give birth to the child or not."

The Court noted that the Medical Board opined that the pregnancy could be terminated if the petitioner is a minor girl. She is subjected for sexual assault. It is difficult for her to carry said unwanted pregnancy.

The petitioner or victim girl through plea contends that she is a child in conflict with the law and lodged with the Government Girls Observation Home in Amravati. She is in the custody of Observation Home, Amravati as she had committed an offence under Section 302 of the Indian Penal Code.

The Court noted that during the investigation it revealed to the Investigating Officer that the petitioner is pregnant and, therefore, a separate FIR has been register under Section 376 read with Section 4 of the Protection of Children from Sexual Offences Act, 2012. She is victim of sexual assault and, therefore, another crime was registered on the basis of report lodged by her mother.

The petitioner pleaded that she is from an economically weak background and, therefore, she is unable to up-bring the child and is also suffering trauma due to sexual abuse because of the incident. Therefore, she seeks permission from this Court directing to terminate her pregnancy which is of 12 weeks. Moreover, this is unwanted and the same violate her personal liberty.

The bench called for a Medical Report, which stated that her pregnancy was 16 weeks, yet it consented for the termination of her pregnancy.

"In view of the provisions of Section 3(2)(b)(i) of the Medical Termination of Pregnancy Act, 1971 a pregnancy may be terminated if continuance of the same would involve a risk of grave injury to the physical or mental health of the pregnant woman," the bench noted.

The Court while passing the direction for abortion noted that in such circumstances if the child is born she would not able to receive financial and emotional support from her family members. It would be difficult for her to raise the child as she does not have any source of income.

"In such circumstances and a taking overall view of the matter, we are of the view that declining such permission to the petitioner would be tantamount to compelling her to continue with her pregnancy which in the circumstances will not only be a burden on her, but it would also cause grave injury to her mental health," said the Bombay HC Bench.

The bench noted that in the present case also petitioner is unmarried. She is not only a victim of sexual abuse. She is lodged in the Observation Home. Her financial condition is also weak.

She has already undergone the trauma due to the sexual assault on her. She is also suffering mentally as she is also charged for the offence punishable under Section 302 of the Indian Penal Code. (ANI)