Actor Amanda Seyfried, who is nominated for an Oscar for her role in Mank, arrived at the 93rd annual Academy Awards and brought the high-fashion glamour we expect from the movie's biggest night. 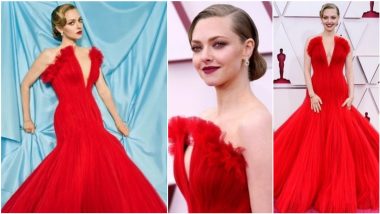 Washington, April 26: Actor Amanda Seyfried, who is nominated for an Oscar for her role in Mank, arrived at the 93rd annual Academy Awards and brought the high-fashion glamour we expect from the movie's biggest night. The first-time Oscar nominee looked elegant in a custom scarlet Giorgio Armani Prive strapless tulle ball gown, reported People magazine.

She pulled her hair back into a low bun with classic finger waves, wore a crimson lip, and accessorized with simple drop earrings. The whole look appeared to be a nod to Mank, the film for which she's nominated, which takes place in 1930s-era Hollywood. Viola Davis Looks Stunning in Flowing White Alexander McQueen Gown at Oscars 2021 (View Pics). 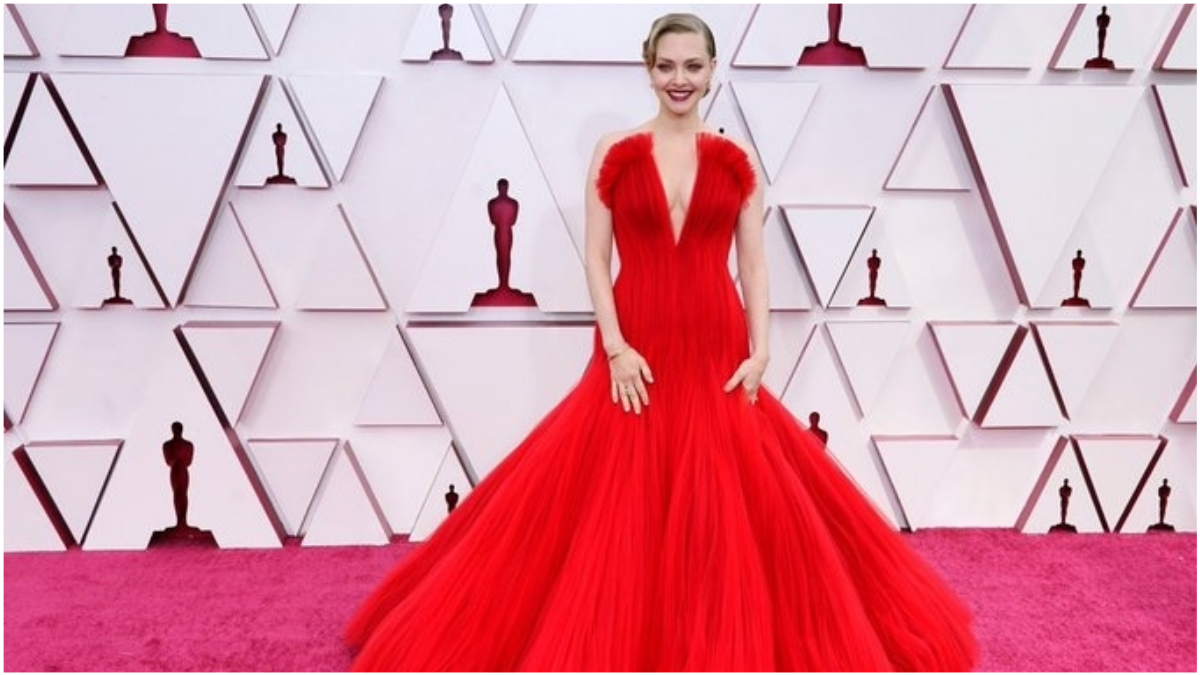 Seyfried, who's up against Olivia Colman (The Father), Youn Yuh-jung (Minari), Maria Bakalova (Borat Subsequent Moviefilm), and Glenn Close (Hillbilly Elegy) for Best Supporting Actress for her role in 'Mank', joked during E!'s Oscars pre-show that it was surreal to be out in the world after a year of quarantine. 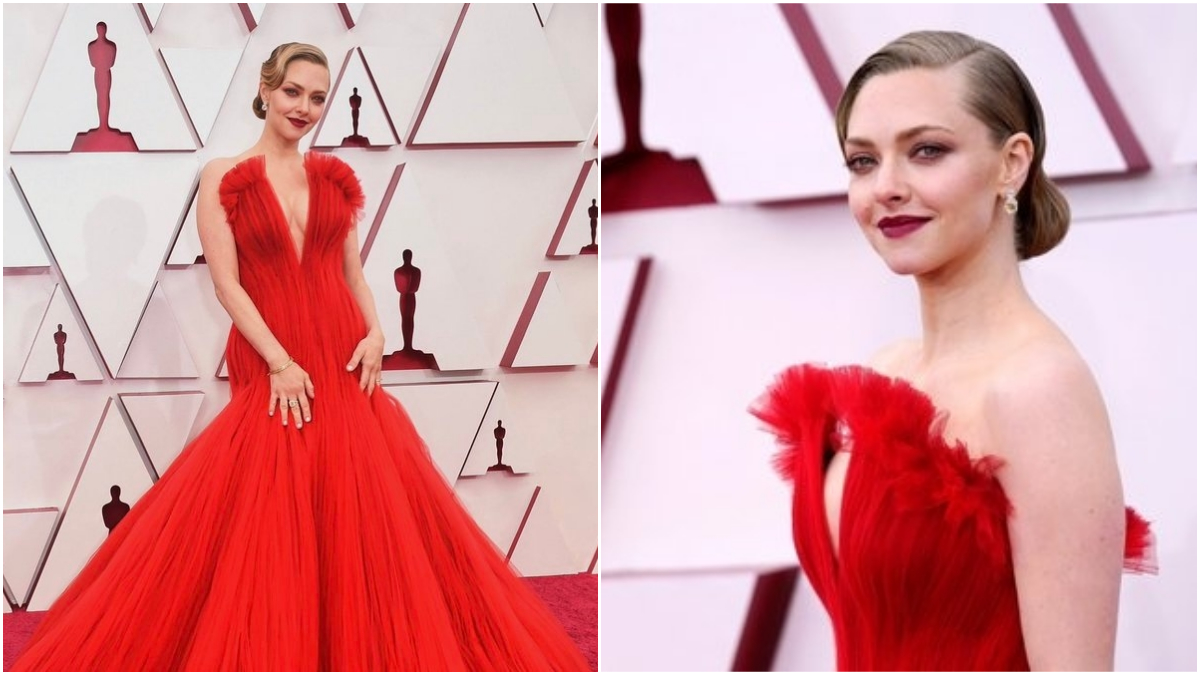 "I really can't believe we're around people right now," she said. "It's like the Twilight Zone. In a good way."

The actor has given us plenty of glamorous moments during this year's mostly virtual awards season, including at the Golden Globes in February where she watched the show from home in a custom coral Oscar de la Renta gown. 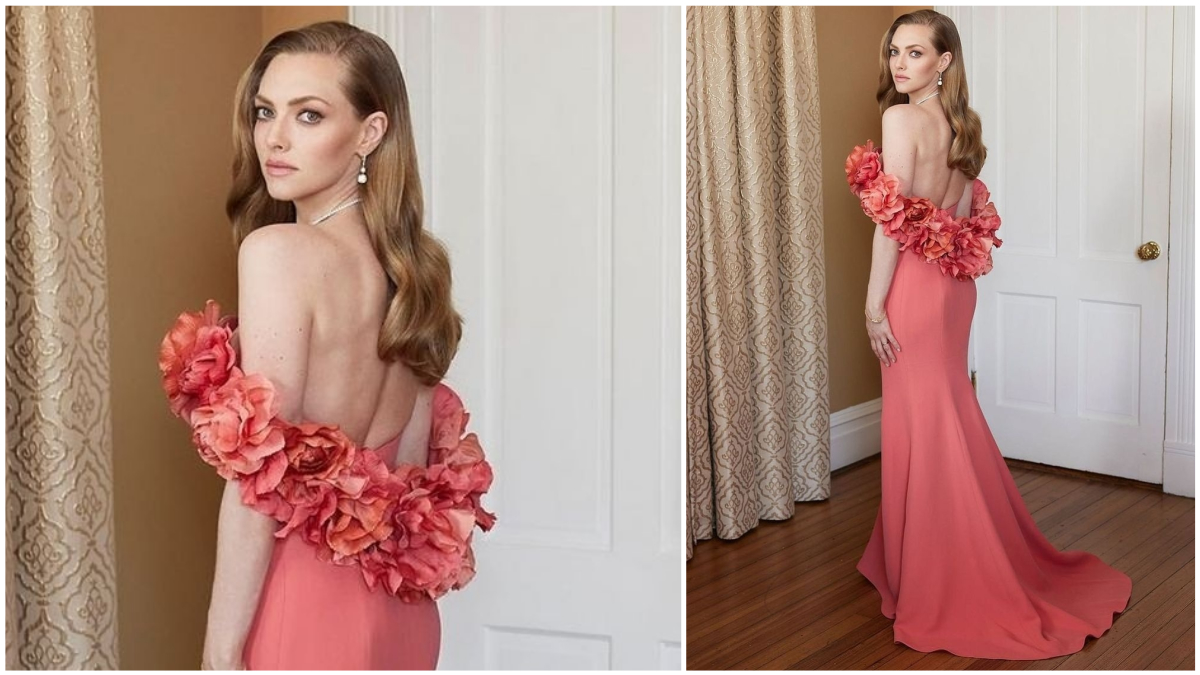 The 93rd Academy Awards are being held at both the Dolby Theatre and Union Station. The ceremony is taking place two months later than originally planned, due to the impact left by the COVID-19 pandemic on the entertainment industry. Oscars 2021 Full Winners List: From Nomadland to Soul to Sound of Metal, Check Out the Big Victors of the 93rd Academy Awards.

Mank leads the nominations this year after being nominated for 10 accolades while The Father, Judas and the Black Messiah, Minari, Nomadland, Sound of Metal, and The Trial of Chicago 7 have been nominated in six categories.