Facebook's rollout of the potential Clubhouse rival follows the success of the invite-only live audio app, which became an instant hit as people stayed indoors during the COVID-19 pandemic. 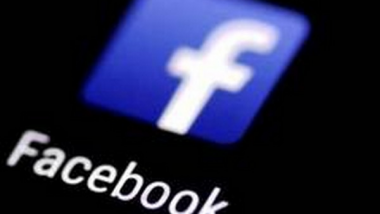 Washington, June 21: Facebook is launching podcasts and live audio streams in the US on Monday to keep users engaged on the social media platform. Facebook's rollout of the potential Clubhouse rival follows the success of the invite-only live audio app, which became an instant hit as people stayed indoors during the COVID-19 pandemic.

As per The Verge, Facebook's Clubhouse competitor, Live Audio Rooms, has begun rolling out in the US. The company announced today that some US-based public figures, as well as certain groups, can start hosting rooms through the main Facebook iOS app. Assam Police Rescues Man and Woman Attacked by Mob on Facebook Live Within 30 Minutes.

People can join, however, from both iOS and Android. Anyone can be invited up as a speaker with up to 50 people able to speak at once. There's no cap on the number of listeners allowed in, a major shot at Clubhouse, which imposes room size limitations.

It is also introducing other nifty features, like notifications when your friends or followers join a room, as well as live captions. There will be a "raise a hand" button to request to join the conversation, and reactions will be available to interact throughout the chat. Twitter Spaces, Twitter's live audio feature, includes captions, but Clubhouse still does not.

Additionally, hosts can also select a nonprofit or fundraiser to support during their conversation with a button to directly donate showing up on the chat. Again, this feels like a feature directly built to address a key Clubhouse use case and make it frictionless.

Many Clubhouse creators have hosted fundraisers on the app but have to direct people to outside links in order to facilitate donations. Facebook is also making podcasts available on the platform. People will be able to listen to podcasts through either a mini-player or a full-screen player with various playback controls, including the ability to listen while the screen is off.

LinkedIn and Slack are, reportedly, working on their own versions of an audio product, even as downloads of and buzz around Clubhouse itself have waned considerably.