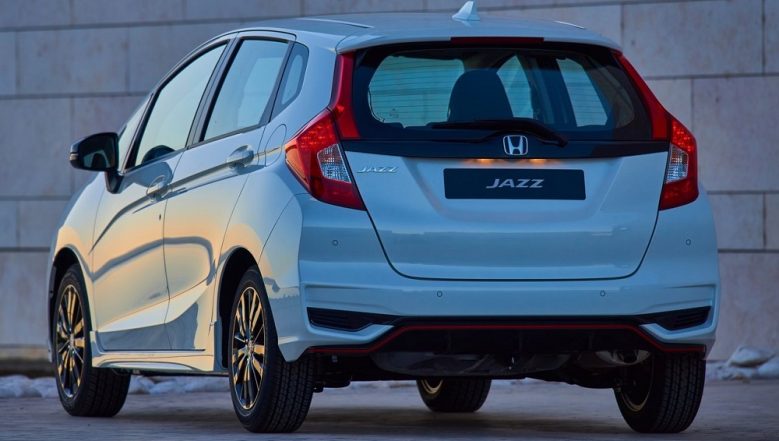 After launching the new generation Amaze sub-compact sedan, Honda Cars India is now looking to launch the new Jazz facelift in India. As per the market reports, it is speculated that the Japanese car maker might launch the sedan on July 19. However, an official confirmation from the company is still awaited. The facelifted version of the Honda Jazz is said to carry a host of updates on the exterior as well as the interior front, while the mechanical front remains untouched. Moreover, the variant-wise details of the hatchback have been leaked online ahead of its launch. Watch Video: Lamborghini Huracan Spyder Takes Honda Civic for a Ride – Literally.

On the exterior front, the updated Honda Jazz is expected to get an angular look with horizontal slat bar grille along with a mesh grille on air dam. The hatchback will carry a modern touch with new design language, flared wheel arches, larger windows and more. Inside the cabin, the 2018 Honda Jazz will bag all-black seats with new infotainment system with Digipad 2.0 compatible with Android Auto and CarPlay. As far as the safety is concerned, the new hatchback is likely to be equipped with dual airbags, ABS, climate control with a touch panel, audio controls on steering wheel and more.

Under the hood, the new Honda Jazz 2018 will continue to carry the same set of engine options as seen on the outgoing model. The petrol motor will be a 1.2-liter i-VTEC motor tuned to make 89bhp of max power @ 4800 rpm which will be mated to a 5-speed manual gearbox and CVT unit. On the other hand, the oil burner is a 1.5-liter i-DTEC unit capable of making a maximum power of 100 bhp with peak torque of 200 Nm. The engine will be mated to a 5-speed manual gearbox only. Tata H5X SUV Teased Ahead of Official Production Name Reveal; India Launch Likely by Early 2019.

Once launched in the country, the Honda Jazz will take on the rivals of Hyundai Elite i20, Maruti Baleno and others in the hatchback segment. The hatchback is expected to be priced in the range of Rs. 5.3 lakh to Rs. 8.5 lakh (ex-showroom).