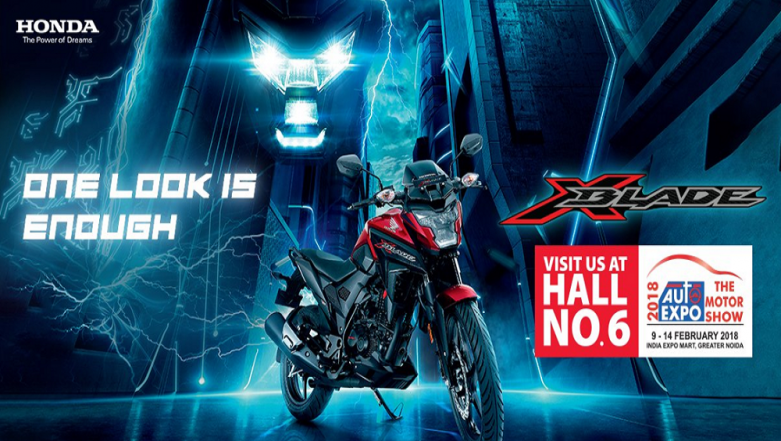 Honda launched it's X-Blade on Sunday, 11 February, amidst great excitement and fun-fare. And present at the launch was none other than the 'Khiladi' Kumar of Bollywood, Akshay Kumar. Now Akshay Kumar has done it all, be it bikes, cars or even helicopters. Remember his promo from Khatron Ke Khiladi? The Auto Expo 2018 has seen many stars over the course of five days but the enthusiasm for the 'PadMan' star was on a different level. Auto Expo 2018 shared some images from the expo of how fans were waiting to catch a glimpse of the star:

Audience is super excited to catch glimpse of none other than @akshaykumar at the @honda2wheelerin pavilion only at #AETMS18 pic.twitter.com/iqBTokCY12

If you think it was only the fans who were eager, then this Akshay Kumar selfie will tell you that even the 'Khiladi' himself was excited to visit the Auto Expo 2018. He announced his arrival by sharing this image:

He also mentioned hall no. 6 in the tweet, which got visitors and companies talking and sharing the information. Finally when he launched the bike at Honda2wheelerin pavallion, Auto Expo 2018 twitter handle shared the image and put a cheerful message through official handle:

This great day just got better with none other than @akshaykumar at the @honda2wheelerin pavillion! The crowd loved this energy as #Honda launched the all-new #XBlade with futuristic technology and LED lights. "One look is enough" for this glazing beauty. pic.twitter.com/NuhhpsBK8s

The Honda X-Blade has created buzz with its robotic and sleek looks. Honda has tried to position the bike between Hornet and Unicorn. Even Akshay Kumar was impressed with the X-Blade and tweeted that the two wheeler seems ready to take the roads by storm:

Impressed with the Honda X Blade, a machine with robotic look from @honda2wheelerin ready to take the roads by storm! #OneLookIsEnough #AutoExpo2018 #AETMS18 #Honda2WAE18 pic.twitter.com/1oyewXNf74

The Honda X-Blade Adventure features a larger windscreen, hand guards and also comes equipped with carrier at the rear. There are some similarities with Honda Navi too. X-Blade adventure also has features such as faux carbon-fibre trimming, matte-grey paint and camouflage graphics on fuel tank extensions. Honda has surely invested in this new X-Blade adventure and this may prove to be the game-changer that Honda is looking for.