Kay Rieck: A Time of Change and Opportunity

There is no doubt that the change for the energy sector is going to be significant over the next few months. The new DoE team announced at the end of January have a very different set of skills and perspectives from the people that they are replacing, and the pace of change is likely to be significant. 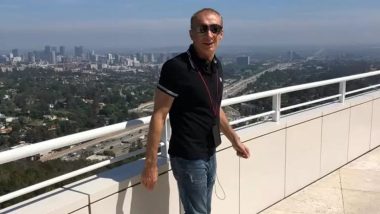 There is a tendency to see a new government being formed in the US as an instant start to a whole new way of doing things. The new president strides into office and, with a wave of a pen, entire industries are transformed from what they were to what they will become.

Most of the time the reality is a little more mundane. Even when you take into account the different philosophical approaches between the former and current incumbents in the White House, it usually takes a while before changes in Washington filter out to the rest of the country.

In the case of energy policy this time around though, the changes are likely to be felt pretty quickly. Many people connected to the natural resources sector have been watching the announcement of the new team at the Department of Energy (DoE) with at least uncertainty, if not outright trepidation. While it is certain that we are in the midst of change, it’s probably worth remembering that the largest successes come from embracing opportunity.

Kay Rieck say its a certain amount of political theatre

There is no doubt that the change for the energy sector is going to be significant over the next few months. The new DoE team announced at the end of January have a very different set of skills and perspectives from the people that they are replacing, and the pace of change is likely to be significant.

The changes in policy will mean that some projects will have to evolve, and some may cease to exist entirely. In some cases, the changes could also make the sector as a whole more efficient, more innovative and quicker to respond to challenges. In short, if they are implemented correctly, some of the changes have the potential to make oil and gas more competitive within the energy mix.

There are new technologies which are helping enhance exploration and production techniques. Couple these with enhanced bureaucracy. Similarly, there are constant enhancements being made in hardware management that will make it easier to diagnose issues before they become the kind of problems that delay a project. Improvements in technology in back office operations meanwhile are helping teams understand the pressure points in a process and communicate challenges further upstream, improving the way that sector manages demand and supply. All of these developments could have positive ramifications for overall project costs, and many of them are already being implemented in many parts of the industry.

There are plenty of companies across many industries that have enjoyed perfectly adequate returns from doing what they have always done. It can be a successful strategy… right up to the point when it stops being successful. Economic textbooks are littered with tales of companies that failed to innovate, while the companies that focus on the opportunities rather that the challenges are always more likely to attract investment and enjoy long term success.

The new incumbents in the White House and the DoE are bringing change, but the oil and gas sector has the potential to adapt and even thrive.

Kay Rieck has been active on the investment side of the oil and gas sector for more than two decades. Starting his career as a financial adviser and stockbroker on the New York Stock Exchange, he quickly developed an interest in natural resources and associated assets building his expertise with investment banking and asset management roles at the New York Board of Trade and the Chicago Board of Trade. Utilising his exceptional network of global contacts, he started his first exploration and production company in the US in 2008, selecting investments across the Haynesville Shale, Permian basin, Eagle Ford shale, Dimmit county and elsewhere that offered exceptional prospective returns.