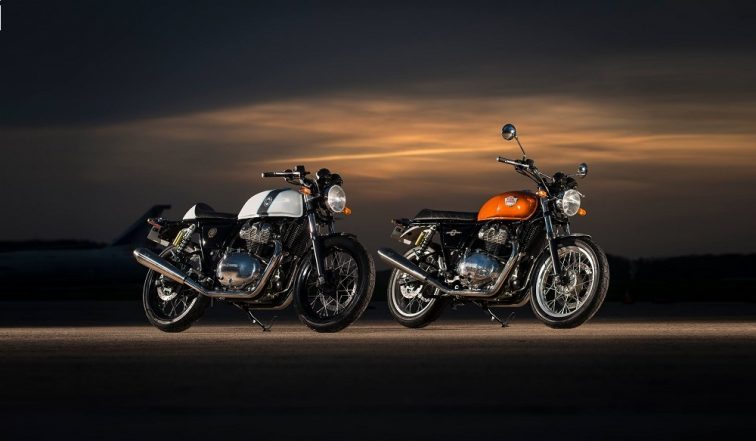 Royal Enfield Interceptor 650 and Continental GT 650 motorcycles are much-awaited from the house of legendary motorcycle maker that is expected to launch the bikes in the country later this year. Currently referred as 650 Twins, the motorcycles made their official India debut at Rider Mania last year soon after making their global debut at EICMA 2017. It is also reported that the company will be organising a global media ride for the bikes in coming months. Also, the 650 Twins had been spotted testing on the Indian roads previously, ahead of official India debut. Royal Enfield Scheduled to Launch a New Motorcycle in India on August 28; Could It Be Classic 350 Pegasus?

The only mystery was the detailed specifications, which has now been revealed as official service training manual of the Twins had been leaked online. Going by the leaked images, both the bikes will be powered by all-new 4-stroke, Parallel Twin cylinder, SOHC, air-cooled engine. The unit will be tuned to make 47bhp of max power @ 7100 rpm and peak torque 52Nm @ 5200 rpm. Transmission duties on both the bikes will be carried out by 6-speed gearbox. Royal Enfield Bullet Motorcycle Crashes at High Speed on Indian road - Watch Video. 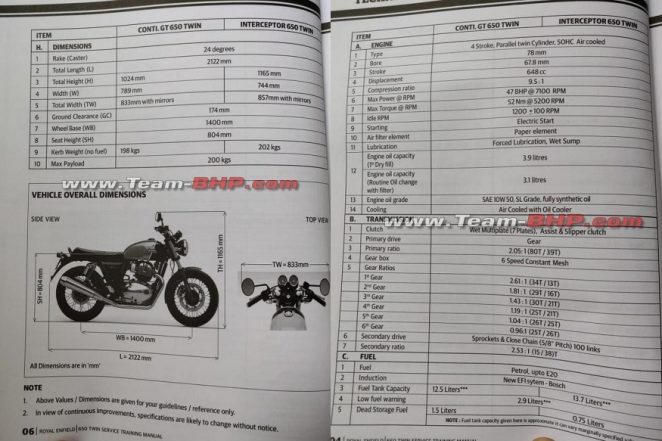 Dimensionally, both Interceptor 650 and Continental GT 650 bikes measures 2122mm in length and 1400mm in wheelbase. However, the width and height of the bike vary. The height of Interceptor 650 and Continental GT 650 stands at 1165mm and 1024mm respectively. Moreover, the Interceptor measures 744mm in width while Continental GT measures 789mm. The fuel tank capacity of both bikes is 13.7 litres and 12.5 litres respectively. The braking duties on both the bikes will be carried out by 320 mm disc up front and a 250 mm disc brake at the rear, which will be accompanied by Bosch dual-channel ABS. However, the company is yet to announce a launch date for the 650 Twins in the Indian market.