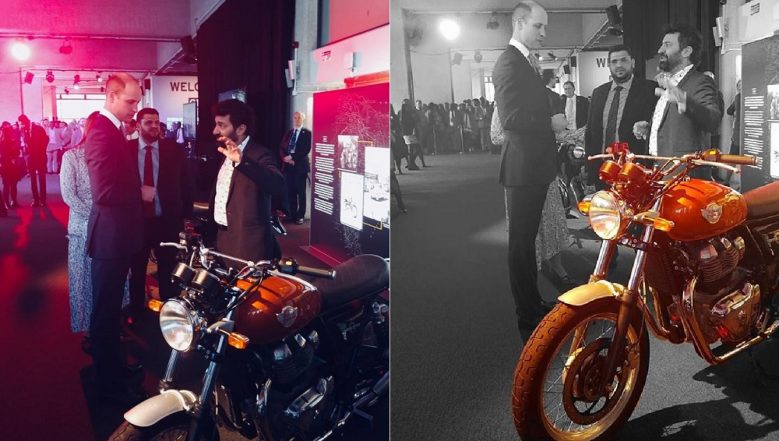 The upcoming Royal Enfield Interceptor 650 is undoubtedly one of the most anticipated motorcycles in the country after it was showcased at EICMA last year. Moreover, the Royal Enfield 650 Twins were also put on show at last year's Rider Mania which created lot of buzz for the Chennai based motorcycle. The forthcoming motorcycles will be first large displacement motorcycles from the Eicher Motor owned Royal Enfield. Interestingly, one important reason that makes the motorcycles worth waiting is the pricing, which will be believed to be quite lucrative. See More: Royal Enfield Bullet Motorcycle Crashes at High Speed on Indian road - Watch Video

However, the motorcycle will be launched in the country in quite some time. The all-new Royal Enfield's retro classic motorcycle has managed to attract Prince William at the opening the Commonwealth Heads of Government Meeting Summit. Moreover, Royal Enfield UK's social post also stated that, "HRH seemed to be quite taken with the New Interceptor 650 & spent some time quizzing Royal Enfield CEO Siddhartha Lal about the soon to be available Twin".

For braking, both the motorcycles are fitted with 320mm disc brake at the front along with 240mm disc at the rear which will be assisted by ABS that will be seen as standard. Both the motorcycles carry length of 2122mm, wheelbase of 1400mm and ground clearance of 174mm. However, the Continental GT 650 is slightly shorter than the Interceptor 650.