Toyota Kirloskar Motor will officially launch the Fortuner Facelift 2021 SUV today in India. Fortuner's model range will also include the Fortuner Legender which will be launched as the top-spec model of the SUV. 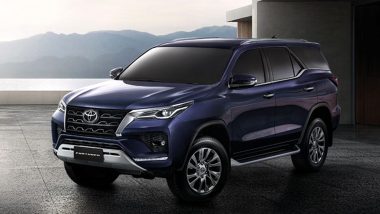 Toyota Kirloskar Motor will officially launch the Fortuner Facelift 2021 SUV today in India. Fortuner's model range will also include the Fortuner Legender which will be launched as the top-spec model of the SUV. As compared to the old model, this iteration will carry an aggressive face with a heavy Lexus-inspired two-part honeycomb grille. The online launch event will begin at 11:30 am IST via Toyota India's official YouTube & other social media handles. Users can also watch the live broadcast of the event by clicking on the below embedded video. New Cars Launching in India This Month: Audi A4 Facelift, Toyota Fortuner Facelift, Tata Altroz Turbo, BMW 3 Series Gran Limousine & More.

The Fortuner Facelift 2021 will retain the old model's BS6 engine options i.e. 2.7-litre petrol and a 2.8-litre diesel engine. The petrol engine will produce a power of 164bhp, 245Nm of peak torque combined with a five-speed manual gearbox. 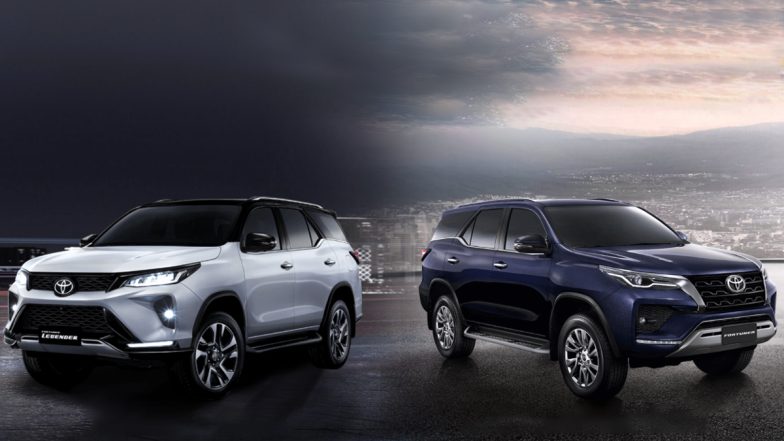 The writing is on the wall. Get ready to unleash incredible power and blaze new trails wherever you may go. And redefine style codes while at it. Power-packed launch on 6th Jan 2021. Save the date!https://t.co/tGrAQP8JUi#PowerPackedLeader#PowerUnleashed#Toyota#ComingSoonpic.twitter.com/geYDBkegUd 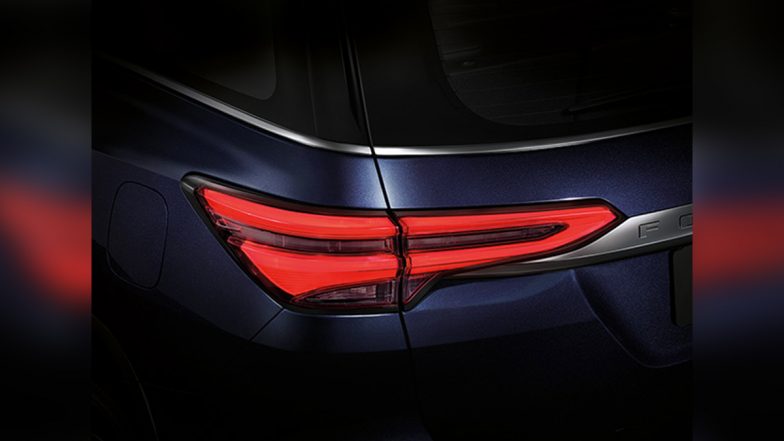 On the inside, there will be a new 8-inch infotainment system with Apple CarPlay, Android Auto, revised instrumentation, seven airbags for security, ambient lightning, hands-free tailgate opening, a JBL sound system and a wireless phone charger. Coming to the pricing, the Toyota Fortuner Facelift 2021 is likely to be priced from Rs 29 lakh (ex-showroom) for the standard model whereas the high-end model could cost from Rs 40 lakh (ex-showroom). 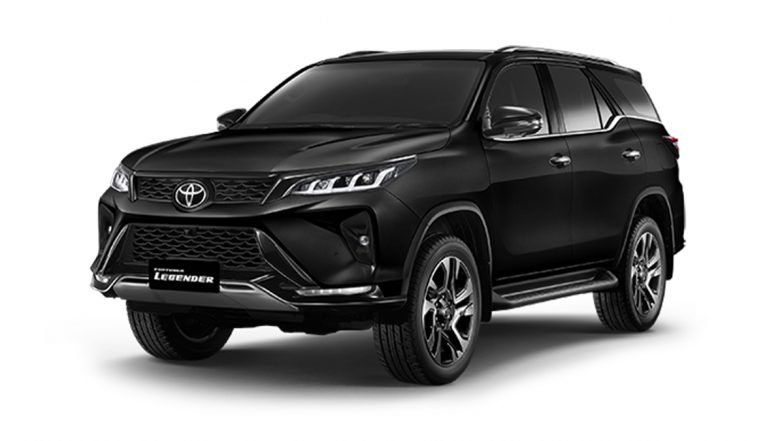 (The above story first appeared on LatestLY on Jan 06, 2021 09:34 AM IST. For more news and updates on politics, world, sports, entertainment and lifestyle, log on to our website latestly.com).