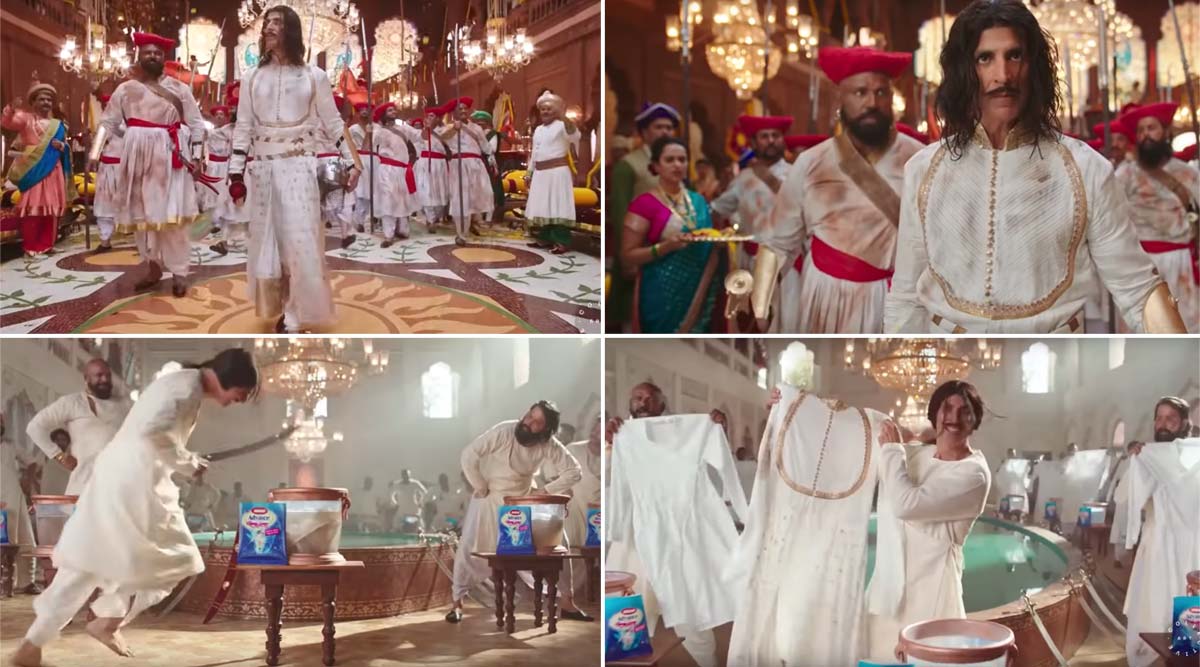 Akshay Kumar is in a fresh controversy, this time not because of a film but because of an ad film for the washing powder detergent Nirma.   Mumbai's Worli police station received a written complaint against the portrayal of his character and Maratha warriors in this commercial. The letter accuses the Good Newwz actor and the ad creators of allegedly showing the Maratha community in a bad light. It also takes an objection against the actor's way of dancing and behaviour as a Maratha king. Akshay Kumar Becomes The Only Bollywood Actor in 2019 to Enter to the Rs 700-Crore Club!.

The letter also claims that this ad has hurt the sentiments of people of Maharashtra.  The complainant also objects the portrayal of Chhatrapati Shivaji Maharaj's army and Maratha kingdom. In the ad, it is shown how they are mocked by their wives for their soiled clothes after returning successfully from a war. They are also shown washing clothes while dancing. This was claimed to be distasteful in the written complaint. See the ad video in the question below and the letter against Akshay Kumar.

Here's The Letter Against Akshay Kumar 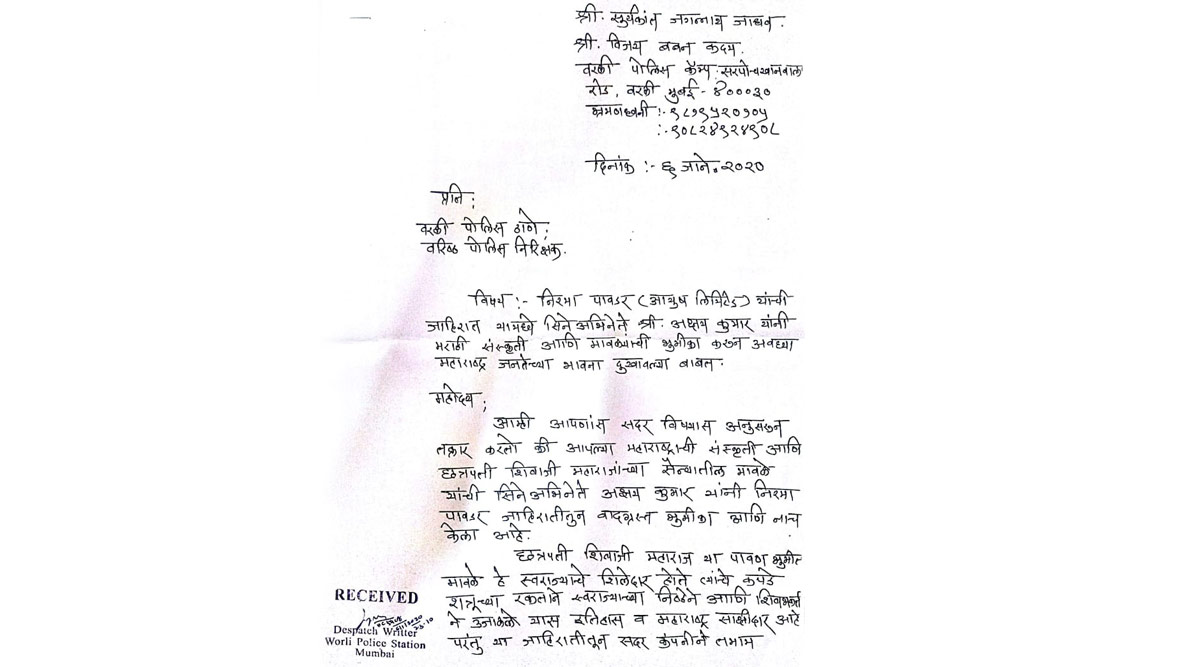 It has to be seen how the brand, the ad creators and the actor himself reacts to this complaint. On the work front, he will be soon seen in Rohit Shetty's action film, Sooryavanshi, also starring Katrina Kaif in the lead. He is also soon to start a period drama based on the life of Prithviraj Chauhan.