An Incomplete Picture: Neetu Kapoor Shares a Family Moment With Late Husband Rishi Kapoor and We Are Lost for Words (View Post) 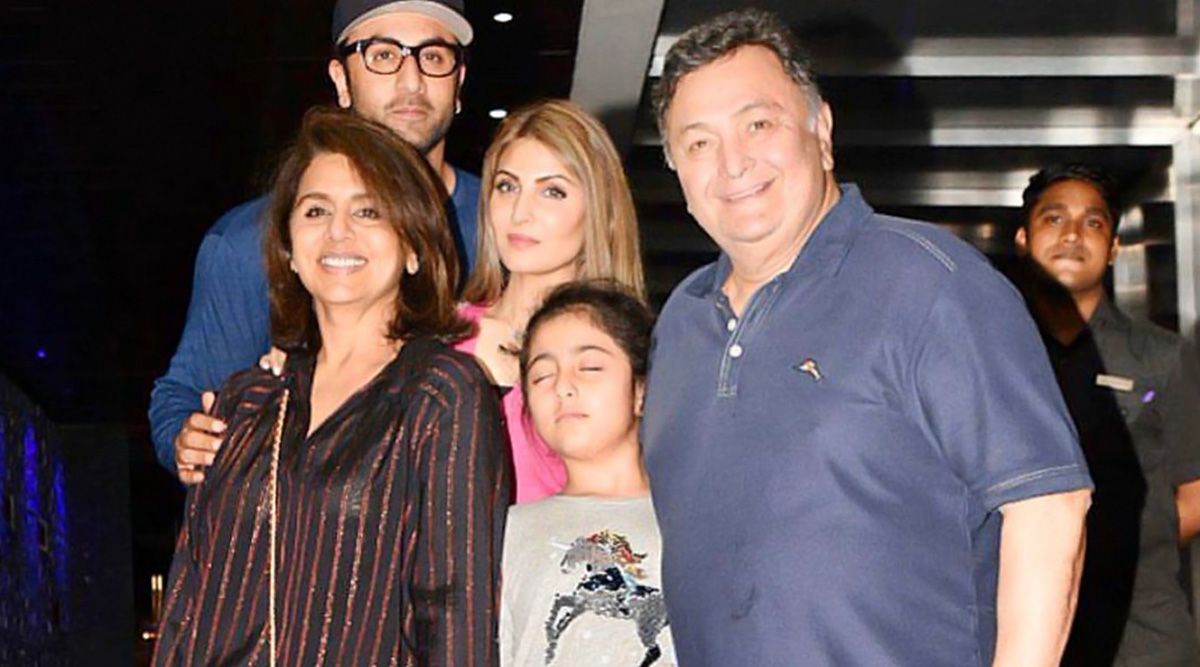 Veteran actor, Rishi Kapoor's demise on April 30, 2020, came as a shocker to many. His well-wishers, as well as pals from the industry, mourned the loss of a terrific actor and a brilliant soul. Since then, Rishiji's daughter Riddhima has been sharing old memories with his dad on social media and making one and all emotional. And now it's the actor's wife, Neetu Kapoor who recently remembered her late husband and shared a post on Instagram. The actress uploaded a family portrait of the Kapoors from the archives wishing how 'the picture could remain complete as it is'. This surely speaks of the varied emotions Neetu is going through currently. 'End of our story': Neetu Kapoor’s Bittersweet Post on Rishi Kapoor’s Demise Is Heartbreaking (View Pic).

Missing her husband badly, Neetu Kapoor's post sees the fam posing for the camera which features herself, Rishi Kapoor, son Ranbir, daughter Riddhima and granddaughter Samara. The photo is indeed fun and it's the late actor's million-watt smile which is the highlight of the pic. Also, this one tells how the Kapoors enjoy each other's company, but sadly now all the meetings will be sans the jaan (life) of the family. Rishi Kapoor Death: 'Neetu is My Rock', 'Ranbir and Ridhima Have Shouldered My Problems' - Read the Actor's Old Interviews on Family and Career.

How I wish this picture could remain complete as is ❤️

Well, all we can say is that time will heal the loss soon. Also, recently the Kapoors had organised a puja at their home on the late actor's tehrvi which even saw Ranbir's girlfriend Alia Bhatt. Meanwhile, on the work front, Rishi Kapoor's last film in Bollywood was The Body opposite Emraan Hashmi. Stay tuned!