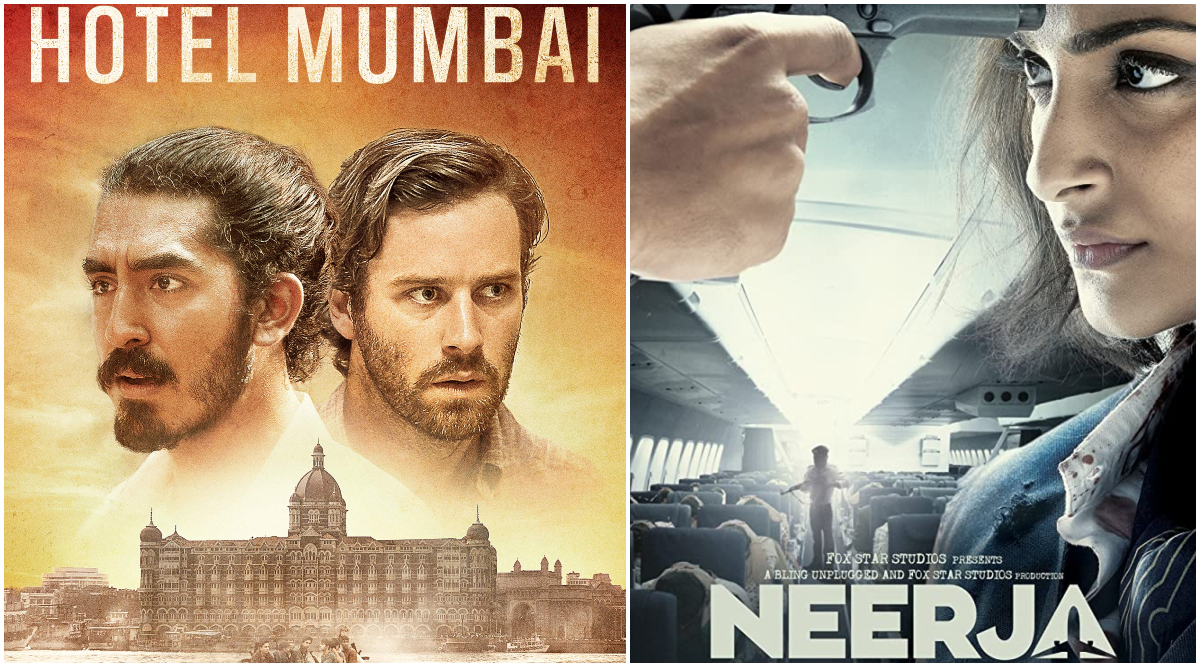 May 21 is observed as Anti-Terrorism Day in India. It is observed in the memory of former Indian Prime Minister Rajiv Gandhi who was assassinated on this day in 1991. The day is also observed to increase awareness about acts of terrorism and their grave impact so as to help youngsters understand and prevent them from getting influenced in joining terrorist groups. Globally, several countries have in the past and also today face horrible acts of terror that are a result of conflicts between communities, countries, religions and so on. Every act of terror leaves a scar that's difficult to heal given the loss of lives it incurs. Anti-Terrorism Day: Know All About History And Significance of The Day When Rajiv Gandhi Was Assassinated.

Movies often reflect reality and some movies are based on real incidents that have left an impact on a geographic location and its people. There have been several movies in Bollywood as well as international that have shown the horrific impact of terrorist activities, the aftermath of it. These films also showed how and when these tragic incidents took place. Here's looking at a few films that were based on acts of terrorism.

The film starring Dev Patel, Anupam Kher and Armie Hammer in lead roles was a retelling of one of the deadliest terrorist attacks in India in the city of Mumbai. The film recreated the chilling events of November 26, 2008, when Mumbai faced a terrorist activity that lasted over 60 hours and resulted in a loss of several innocent lives.

The film starring Vicky Kaushal became one of the biggest hits of 2019. The film. showcased the horrific Uri attack carried out by four heavily armed terrorists on 18 September 2016 on an Indian army base. The film further showed India's retaliation towards this act of terror with a surgical strike.

The Kabir Khan directorial starring John Abraham, Neil Nithin Mukesh and Katrina Kaif was a brilliantly helmed film revolving around the incident of the 9/11 attacks in US. The film showed the after-effects of this incident particularly relating to the state of immigrants.

Mumbai has been a target of terror attacks several times and in Nishikant Kamat's Mumbai Meri Jaan, we see the lives of five people who get affected by the  2006 Mumbai train blasts.  The film received a lot of praises from critics and truly showed the impact of such activities on civilian lives.

This biographical drama revolved around the heroic act of flight attendant Neerja Bhanot who had boarded the flight Pan Am 73 which was hijacked by terrorists in 1986.  Bhanot risked her life and saved as many passengers as she could with her courage and presence of mind. Sonam Kapoor essayed the role of Neerja in the film and won immense praises for it. Rajiv Gandhi 27th Death Anniversary: Why it is Observed as Anti-Terrorism Day & Other Rare Facts Linked to the Late Prime Minister.

These films portray the reality of terrorist activities and are a lesson in creating awareness about the horrible consequences of it.