Daughter's Day 2020: Did You Know Late Actor Irrfan Khan Desperately Wanted To Have a Girl Child? 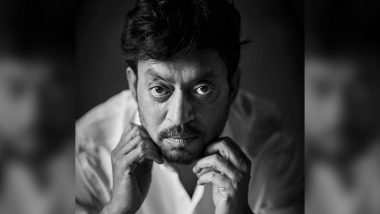 On the occasion of Daughters' Day, late actor Irrfan Khan's wife Sutapa Sikdar revealed how the two "desperately" wanted to have a daughter in their life. "Me and Irrfan wanted to have a daughter so desperately that on my second delivery my doc could not utter the word son and said instead 'congratulations!! healthy child!!' I was disappointed.... yes, I was. That day for us and today, I feel sad that a girl child got deprived of Irrfan's parenting of a girl. Because just giving freedom is not enough to a girl child," Sutapa wrote on her Facebook account. Daughter's Day 2020: Heartwarming Bollywood Movies On Parent-Daughter Relationship That You Should Watch If Haven't Already!.

Along with it, she shared a video of an ad campaign, rooting for a girl child. "Whatever is happening around makes me say freedom is not about only being vocal it's not about treading on other's freedom only. Let's get up beyond being voyeuristic beyond the so called emancipation and do something more concrete and meaningful for India. There is subtitle but those who are not aware of my mother tongue might not enjoy as much," she added. Irrfan breathed his last on April 29. He is survived by wife Sutapa, and two sons -- Babil and Ayan.

(The above story first appeared on LatestLY on Sep 27, 2020 06:58 PM IST. For more news and updates on politics, world, sports, entertainment and lifestyle, log on to our website latestly.com).