Freddy Star Alaya F Wants To Avoid Playing It Safe With Film Choices; Says, ‘I Feel Like I Have So Much To Prove’

Produced by Balaji Telefilms Ltd, NH Studioz and Northern Lights Films, directed by Shashanka Ghosh and starring Kartik and Alaya F, the film will release on December 2 on Disney+ Hotstar. 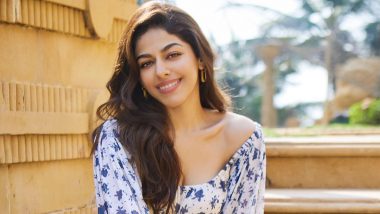 Actress Alaya F, who currently awaits the release of her upcoming film Freddy, feels that it is a whole new journey for her and says that she has consistently tried to avoid playing it safe. Bigg Boss 16: Kartik Aaryan and Alaya F to Promote Freddy on Weekend Ka Vaar.

"The last three years for me have been just about working on projects and wrapping them up. And now that they have been shot, I am really excited for the audiences to see them. I feel like a whole new journey for me is beginning and it feels so fresh, I'm full of nerves and full of excitement. I feel the same way I felt before my first film was released," she said.

Alaya added: "I want to jump at every opportunity and I feel like I have so much to prove. I just want to do really good, honest work. I'll always experiment with genres and projects so I hope I just get wonderful opportunities that can further my journey. I hope people take note of how different Freddy is from my first and how I've consistently tried to avoid 'playing it safe'."

She said: "I'm just grateful I get to act my way into people's lives though films again and I'm even more grateful that it's through a special film like Freddy." Freddy Movie: Review, Cast, Plot, Trailer, Streaming Date and Time – All You Need To Know About Kartik Aaryan and Alaya F’s Film!

Produced by Balaji Telefilms Ltd, NH Studioz and Northern Lights Films, directed by Shashanka Ghosh and starring Kartik and Alaya F, the film will release on December 2 on Disney+ Hotstar. Kartik's most awaited Freddy is about the journey of Dr. Freddy Ginwala, a shy, lonely and socially awkward person who loves playing with his miniature planes and the only friend he has is his pet turtle Hardy.

(The above story first appeared on LatestLY on Dec 01, 2022 02:25 PM IST. For more news and updates on politics, world, sports, entertainment and lifestyle, log on to our website latestly.com).