Gulshan Devaiah: Problem With Accepting Depression as a Disease Is That Most People Think It Is a State of Mind 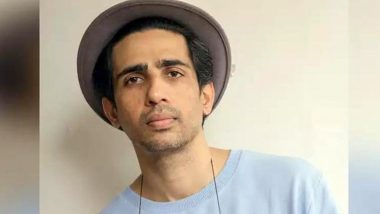 But when you are diagnosed with depression, by a mental health practitioner or by a certified doctor, then that is an illness. It needs to be treated like any other illness like cancer or tuberculosis," he added. Gulshan feels depression has to be treated, "some without medication and some with medication". "There are many people who take heavy medication for depression or are undergoing treatment," he said. Samir Sharma Wrote A Long Post About Depression And Sushant Singh Rajput’s Death On July 22, Called It ‘A Devil That Doesn’t Stop Screaming’

The actor continued: "First and foremost, you have to accept that it's an illness, then your attitude will change. I'm telling you (because) I tried to pep talk about a friend of mine who was institutionalised depressed, and he was put in a mental institution, no amount of philosophy made any difference to him because it's an illness."

"Everybody thinks it is a state of mind and a little bit of philosophy (might) work. It does work, but you have to accept it as an illness. First, we need to get that acceptance, the causes can vary," said the actor, who has appeared in films like "Shaitan", "Goliyon Ki Raasleela Ram-Leela", "Hunterrr", "A Death In The Gunj" and "Mard Ko Dard Nahi Hota".

(The above story first appeared on LatestLY on Sep 17, 2020 01:06 PM IST. For more news and updates on politics, world, sports, entertainment and lifestyle, log on to our website latestly.com).