Humayun Saeed Joins The Crown Season 5: Did You Know The Pakistani Actor Debuted In Bollywood With Mahesh Bhatt's Jashnn?

Humayun Saeed has been cast as Dr Hasnat Khan in The Crown season 5. He is a widely popular name in Pakistan having worked in array of movies and shows. What you may not be aware here is that the actor did have a Bollywood debut as well! 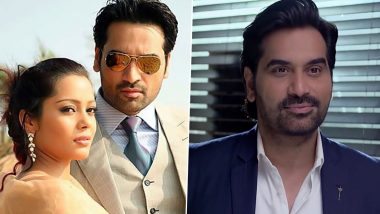 The Crown season 5 adds a new member to the cast, the Pakistani actor Humayun Saeed. He will play Dr. Hasnat Khan, a British-Pakistani heart surgeon. The later claimed to have been in a relationship with Lady Diana from 1995-1997. Quite obviously, the Netflix series on the controversial British royal family will continue to be quite scandalous. Did You Know Salman Khan’s Debut Movie Biwi Ho To Aisi Is A Remake Of A Pakistani Film By The Same Name? (Watch Videos).

Humayun Saeed is a widely popular name in Pakistan having worked in array of movies and shows. What you may not be aware here is that the actor did have a Bollywood debut as well.

Humayun played a shrewd businessman in Jashnn, that starred Adhyayan Suman and Anjana Sukhani in the lead with Shahana Goswami playing Suman's sister. Humayun's character has Shahana as mistress and Anjana as his sister. Jashnn released in 2009. The movie was about an aspiring musician who is looking that one big break to change his life and art. But it isn't as easy it sounds. The Crown Season 5 Release Date: Imelda Staunton As the New Queen Elizabeth II Confirms Netflix Series Return in November 2022 (Watch Video).

Here's a glimpse of the actor:

(The above story first appeared on LatestLY on Jan 10, 2022 06:31 PM IST. For more news and updates on politics, world, sports, entertainment and lifestyle, log on to our website latestly.com).