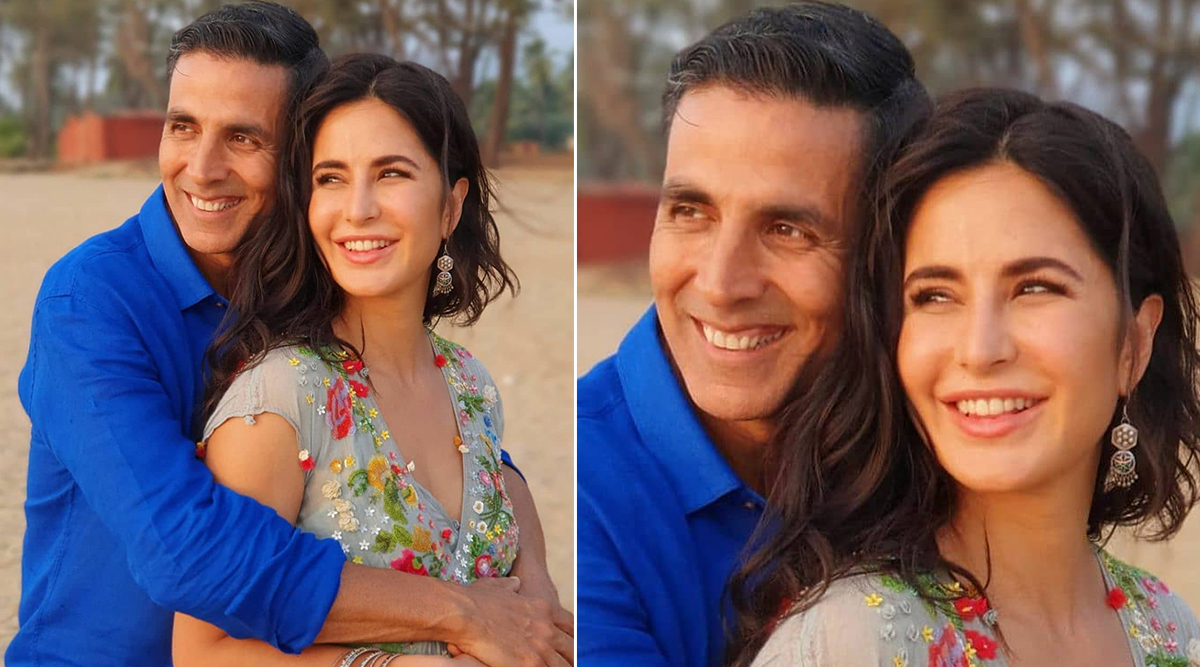 Katrina Kaif and Akshay Kumar are reuniting on-screen with Rohit Shetty's Sooryavanshi. They will also be recreating Tip Tip Barsa Paani for the film. And if that was not enough to hype you the duo keep posting updates from the film on their social media accounts. Just a few days back, Akshay had posted a video of Katrina Kaif sweeping the floors of the sets with a broom, which she later used to hit him. Katrina has also posted a BTS picture with Akshay and Farah Khan, who has choreographed Tip Tip Barsa Paani remake. Now, both the actors have posted a new still from the movie, and Akshay even wrote a cute caption. Katrina Kaif and Akshay Kumar Post a New Still From Sooryavanashi Making Our Wait for the Film Tougher.

While sharing the picture, Akshay, wrote, "If I had to describe shooting with @katrinakaif in one picture, this would be it :) #GoodVibesOnly" Forget everything else, check out Katrina's kurta is so pretty and beautiful. Sooryavanshi: Rohit Shetty Is Running High on Confidence About Akshay Kumar Cop Film, Calls It an Action-Packed Family Entertainer.

Check Out The Picture Here:

#Repost @akshaykumar • • • • • • If I had to describe shooting with @katrinakaif in one picture, this would be it :) #GoodVibesOnly #Sooryavanshi #BTS

Katrina and Akshay look good together on screen. They have featured in many movies together, starting from Humko Deewana Kar Gaye. They later worked together in De Dana Dan, Singh Is King, Namastey London, Tees Maar Khan, Welcome, and Blue.

Sooryavanshi has been directed by Rohit Shetty. The movie will be part of the filmmaker's cop universe, which started with Singham and expanded with Simmba. Ranveer Singh and Ajay Devgn will make an appearance in the film.