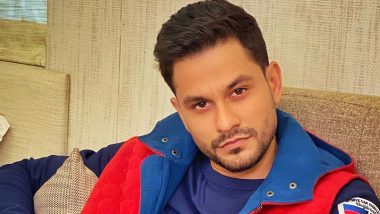 Kunal Kemmu is overjoyed after he received a message full of praises from his father Ravi Kemmu after watching the actor's performance in his latest released film. Kunal took to Instagram, where he posted a snapshot of a message sent by his father after watching his performance in "Lootcase". In the message, Ravi wrote: "I am proud of you... The best moments in my life are when I read or hear the appreciation for your performances... There has not been a single instance where your performances have not been appreciated... Keep it up. Lootcase Movie Review: Kunal Kemmu, Rasika Dugal’s Crime Comedy Works Only for Its Cast Who Deserves Smarter Writing and Better Humour

For any actor, it is always a challenge to bring the characters to life... You have honestly done that and with ease... love you." Kunal said that it means a lot to him. "My father's message to me today is one that speaks to me on so many levels. The love of a father, the pride of a teacher, the respect of an actor and the appreciation of an audience. Thank you papa. It's means so much to me," he captioned the image. Kunal's friends and colleagues from the industry took to the comment section. Lootcase Song Pavitra Party: Arhaan Hussain Khan’s Rap Adds Funk To This Kunal Kemmu-Rasika Duggal Track (Watch Video)

(The above story first appeared on LatestLY on Aug 02, 2020 01:00 PM IST. For more news and updates on politics, world, sports, entertainment and lifestyle, log on to our website latestly.com).