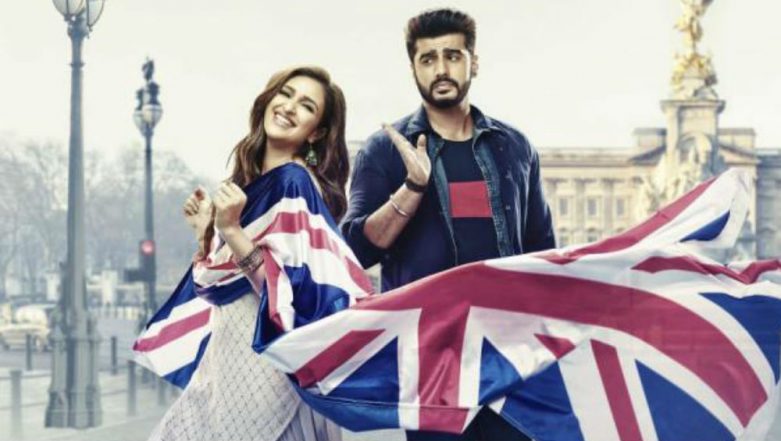 For all those who have been waiting to see Arjun Kapoor and Parineeti Chopra together on the celluloid, here's a treat for you guys. Some fresh posters of their upcoming film, Namaste England have come out and we must say, we are totally loving them. Arjun and Pari are seen flaunting the flag of England on both these posters which has a tagline that goes like this: 'Love can travel any distance.'

This isn't the first time the duo is sharing the screenspace. We have seen how compatible they were in their debut film, Ishaqzaade and now, after six long years, they are all set to come together for not one but two movies - Namaste England and Sandeep Aur Pinky Faraar. Talking about the poster, they look refreshing! Looks like the spark that they share will never go away!

Check out the new posters of Arjun and Parineti's Namastey England here:

And here's another one

Following the lines of its prequel - Namste London, Namaste England will narrate the journey of two young individuals from Punjab to England, meshed together due to love. Directed by Vipul Amrutal Shah, Namaste England is scheduled to hit the theatres on October 19.