National Sisters’ Day 2020: From Kajol in Dushman to Priyanka Chopra in Dil Dhadakne Do, 10 ‘Behnas’ in Bollywood Who Gave Us Sibling Goals 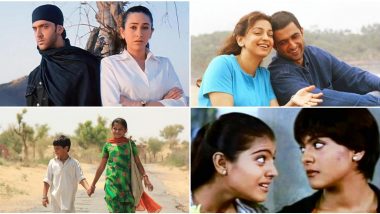 Sisters are awesome, ain't they? If you want, they could be your best friend, a parent, a conscience-keeper and an adorable bully. On August 2, 2020, or rather every first Sunday of August, is reserved to celebrate the sisters in our life as National Sisters' Day. Of course, India also has another beautiful occasion to do so and that's Raksha Bandhan. On this beautiful day, while we share love to all the sisters in the world, let's look at the 10 sisters in Bollywood who gave us kickass sibling goals! Happy Sisters’ Day 2020 Wishes - HD Images: WhatsApp Stickers, National Sisters’ Day Quotes, Messages, GIFs, Facebook Greetings and SMS to Celebrate Sisterhood

Now Bollywood has loved to use sisters as the support system for its protagonists, or themselves being the protagonists supporting their siblings. In this special feature, let's look at 10 awesome sister roles we watched and loved in Bollywood. 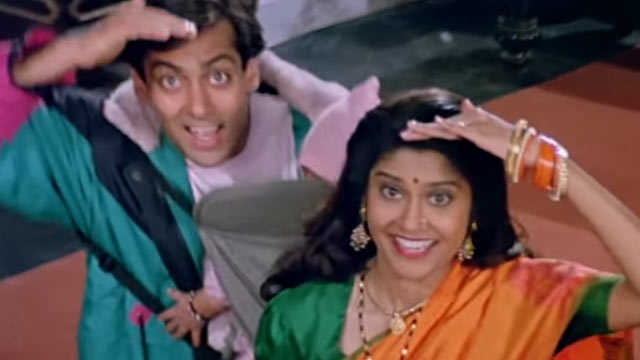 Pooja in Sooraj Barjatya's blockbuster family drama is not only a sweet elder sister to Nisha, but also to her devar, Prem, and that sisterhood also extends to even the servants in her in-laws' family. For her socialist attitude, she still holds a special place in our hearts. 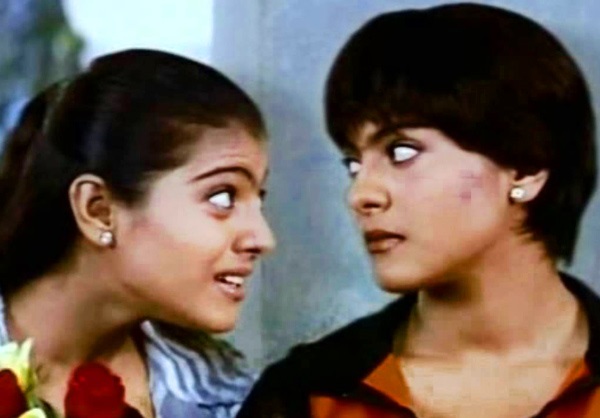 When her twin sister is brutally killed and murdered by a psychopath, Naina takes it upon herself to mete out her justice to the killer, when the law doesn't come to much use. 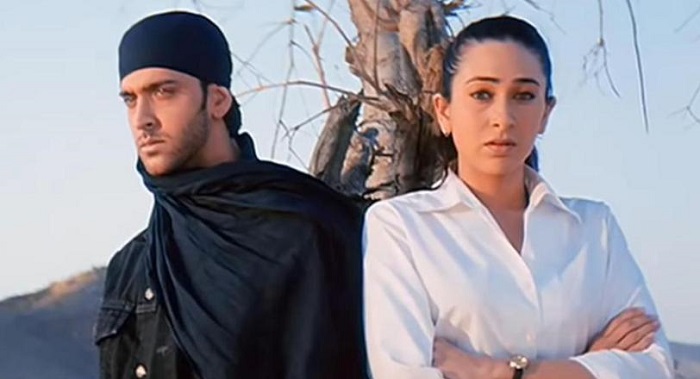 When her brother goes missing during the 1992 riots in Mumbai, Fiza goes on a country-wide hunt to find him, only to see that he is now part of a terrorist outfit. But a determined Fiza doesn't forsake him and convinces him to return. But when her brother is turned a terrorist again by circumstances and is now a wanted man, it is she who has to give him the moksha that he asks for.

Dina, the elder sister of protagonist Suhani, is considered unlucky when it comes to getting a matrimonial alliance. Even though her younger sister ruins what was a good arranged match by eloping with her lover. Instead of feeling anger towards her sister, she is actually supportive and the failing of the alliance makes her stronger.

Juhi Chawla in My Brother Nikhil 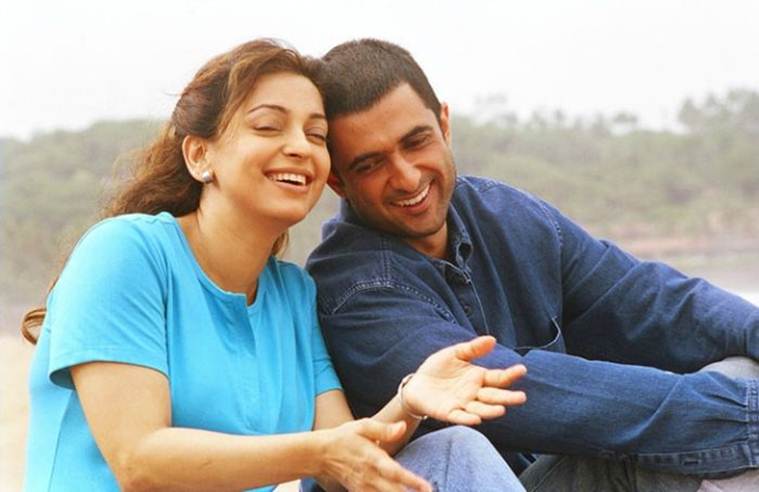 Juhi Chawla and Sanjay Suri in My Brother Nikhil

My Brother Nikhil was about a time when India wasn't ready to accept homosexuality nor consider people suffering from HIV as someone deserving love and attention. Anamika does the exactly the opposite with her brother, as she is right besides his side when his loved ones disown after he is diagnosed with AIDS, and does so till his tragic demise. 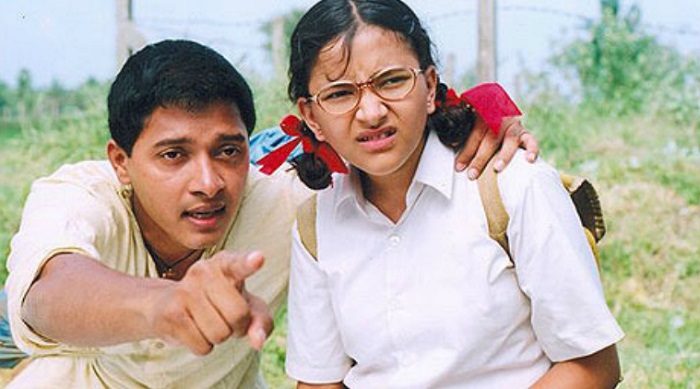 Her deaf and mute brother wants to be a cricketer, so what does the mischievous Khadija do? Make sure his dreams come true, even if it means getting his drunk coach remain conscious to teach him the tricks of the trade.

Vidya Balan in No One Killed Jessica 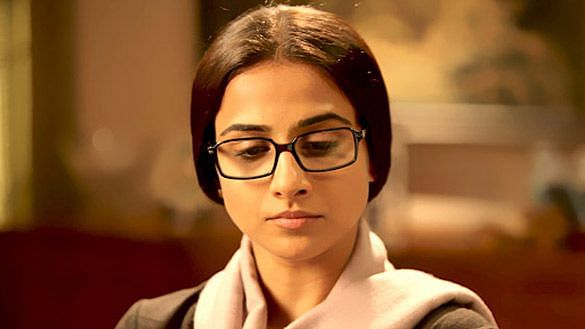 Vidya Balan in No One Killed Jessica

Sabrina Lal shares a common trait with Naina from Dushman - they both want justice for their slain sisters. Unlike Naina, she still trusts the justice system to punish the culprit, even if it means she has to spend months to get them to do so. 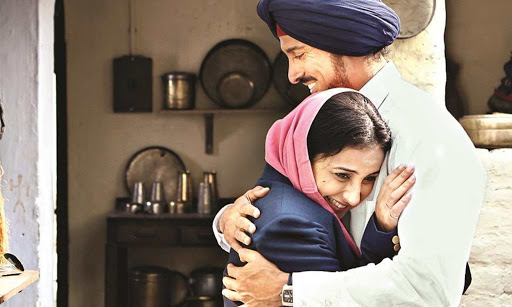 Olympian Milkha Singh's elder sister Isri Kaur had a huge role in his upbringing, after their parents were killed. She was a big motivation for him and lived upto the adage, 'Behind Every Successful Man, There is a Hand of a Woman!' 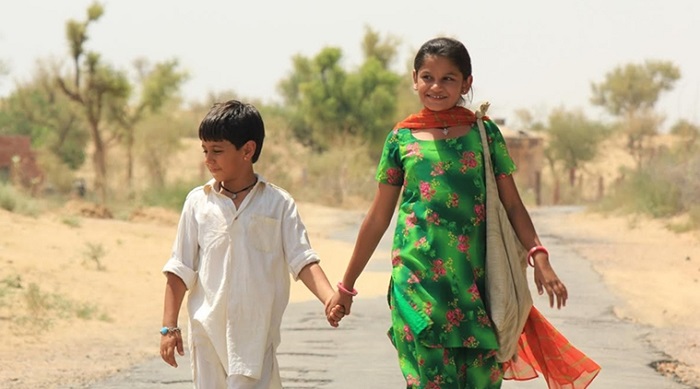 Pari is not just an elder sister to her visually impaired little brother but also his guide, even if they fight over who is the bigger star - Shah Rukh or Salman Khan. But for her brother to get proper eye-sight, she would go to any lengths, even if it means travelling 300 kms to meet SRK in Rajasthan.

Priyanka Chopra in Dil Dhadakne Do 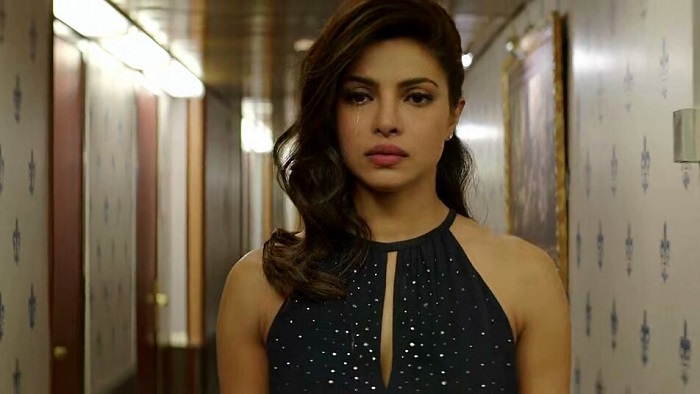 Priyanka Chopra in Dil Dhadakne Do

Despite from a wealthy family and running a successful business, Ayesha is a victim of patriarchy. And yet, she is there for her younger brother and encourages him to listen to his heart, instead of his parents.

(The above story first appeared on LatestLY on Aug 02, 2020 08:21 AM IST. For more news and updates on politics, world, sports, entertainment and lifestyle, log on to our website latestly.com).