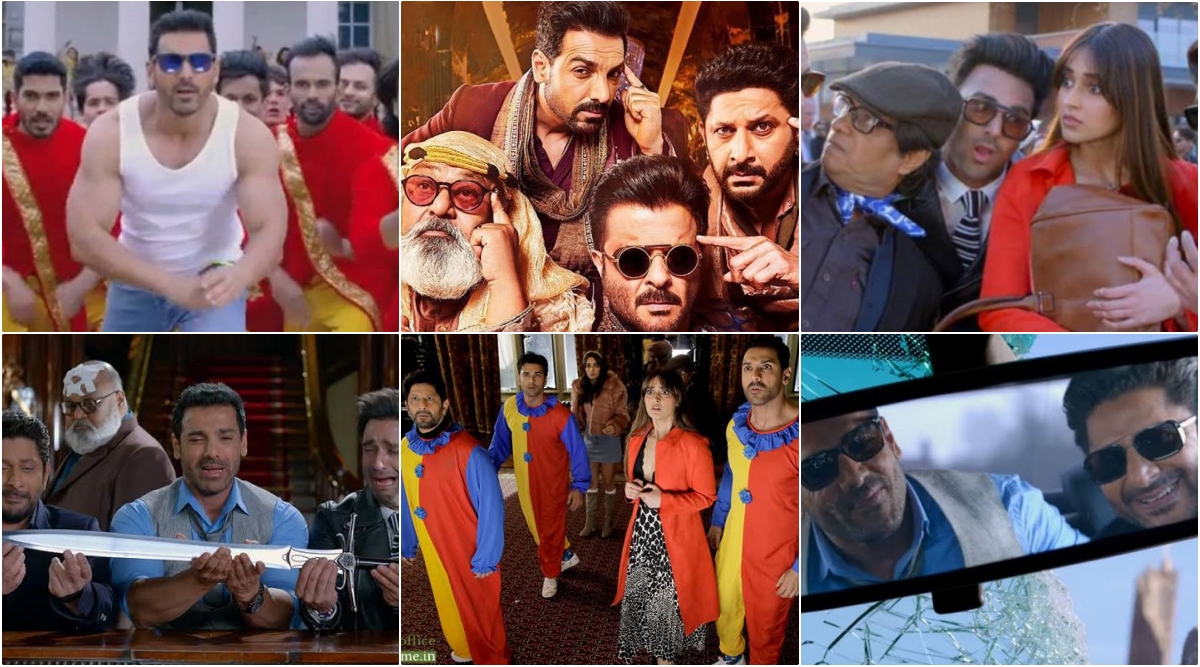 Pagalpanti has leaked online, making it the latest victim of piracy. The Anees Bazmee-directed film released this Friday at the box office and sadly also leaked on the internet almost immediately. While news of films getting leaked online does not shock anymore, it is impossible for us to not report about it. After all, such heinous acts of piracy dent the movie industry in more ways than one. Pagalpanti full movie in HD leaked on TamilRockers for free download. One can apparently watch Pagalpanti online as well. Not only TamilRockers but there are other torrent sites like Filmywap, Onlinemoviewatches, 123movies, 123movierulz, Filmyzilla and more that are providing pirated versions of Pagalpanti movie in HD (300mb free download in 1080p, 720p, HD online). Anees Bazmee-directed Pagalpanti boasts of an ensemble cast with the likes of Anil Kapoor, John Abraham, Ileana D'Cruz, Arshad Warsi, Urvashi Rautela, Pulkit Samrat, Kriti Kharbanda and Saurabh Shukla. We are sure this would not go down too well with Pagalpanti cast and makers.

Anees Bazmee who last directed Mubarakan two years ago, returned with a mad comic caper Pagalpanti and it boasts of quite a few funny names. It has bankable John Abraham, evergreen Anil Kapoor and funnymen Arshad Warsi and Saurav Shukla. In the ladies, there are pretty faces (trust us, their job in the film was really all about looking good on screen) like Ileana D'Cruz, Kriti Kharbanda and Urvashi Rautela. Our in-house critic Sreeju Sudhakaran in his review had a tough time critiquing the film. In this review, he says "Pagalpanti Is Funny in Small Doses, but Loses Itself to Poor Writing and Cheap Patriotism." Many critics share similar thoughts over the 'no-brainer' film.

Piracy has become a ruthless force that's eating up film industry big time. While, filmmakers, producers and financiers have raised their concern every now and then, there seems to be no permanent solution to curb this problematic situation. Even high courts have jumped into action as Madras High Court did during the release of Rajinikanth-starrer 2.0 previous year. Sadly, even that was not enough to stop the piracy. One will need a more careful plan of action and more stringent laws in place to end this menace. For now, we hope team Pagalpanti can reduce the damages and score big on the box office.