Parineeti Chopra Comments on Saand Ki Aankh's Ageism Debate, Says it's an Actor's Job to Mould Themselves into Real-Life Personalities

Parineeti Chopra has now commented on the ageism debate that has erupted after the trailer of Taapsee Pannu and Bhumi Pednekar's Saand Ki Aankh was released. Maintaining that actors can take up any roles, Parineeti has given her stand on the debate. Check out what she had to say. 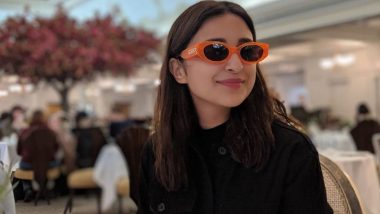 Taapsee Pannu and Bhumi Pednekar's Saand Ki Aankh trailer has stared a new debate about casting in Bollywood. The trailer received criticism from netizens who criticised the makers for not following age-appropriate casting. The film's lead star Taapsee Pannu recently even took to social media to share her point of view on the debate and questioned why similar concerns weren't raised when Aamir Khan played a college student in 3 Idiots.

Now, actress Parineeti Chopra has come in support of her. Parineeti has been cast in the Saina Nehwal biopic and hence it's not long before trolls target her for being cast instead of an athlete. Parineeti agreeing with a Twitter user who negated this debate wrote, "Thanks Sarita. Yes absolutely - we are actors and its our priviledge and job to mold ourselves into real life personalities! #SainaNehwalBiopic."

Thanks Sarita. Yes absolutely - we are actors and its our priviledge and job to mold ourselves into real life personalities! #SainaNehwalBiopic @SaritaTanwar https://t.co/PWEYEZbnVn

Earlier, senior actresses such as Neena Gupta and Soni Razdan had expressed their disappointment over age-appropriate casting. Taapsee though defending the film wrote in her post, "Did we ask the same question when we all loved what Anupam Kher did in Saaransh? Did we question when Nargis Dutt played mother to Sunil Dutt? Did we question John Travolta for playing a woman in Hairspray? Did we question Eddie Murphy for playing a white Jewish man in Coming to America? Did we question when Aamir Khan played a college kid in 3 Idiots? And in the future, are we going to question Ayushmann Khurrana for playing a gay man in Shubh Mangal Zyada Saavdhan? Or are these lovely allegations and questions only reserved for us???” Saand Ki Aankh Funny Memes Explode on Twitter After Trailer of Taapsee Pannu and Bhumi Pednekar Movie Releases Online!

Saand Ki Aankh stars Taapsee and Bhumi in the roles of sharpshooters whose talent is recognised post 60. The film is based on real-life sharpshooters, Chandro and Prakashi Tomar who are known to have won medals in their late sixties. The film is slated to release in theatres on October 25.

(The above story first appeared on LatestLY on Sep 26, 2019 03:48 PM IST. For more news and updates on politics, world, sports, entertainment and lifestyle, log on to our website latestly.com).