Ranbir Kapoor and Alia Bhatt to Get Married in Kashmir? 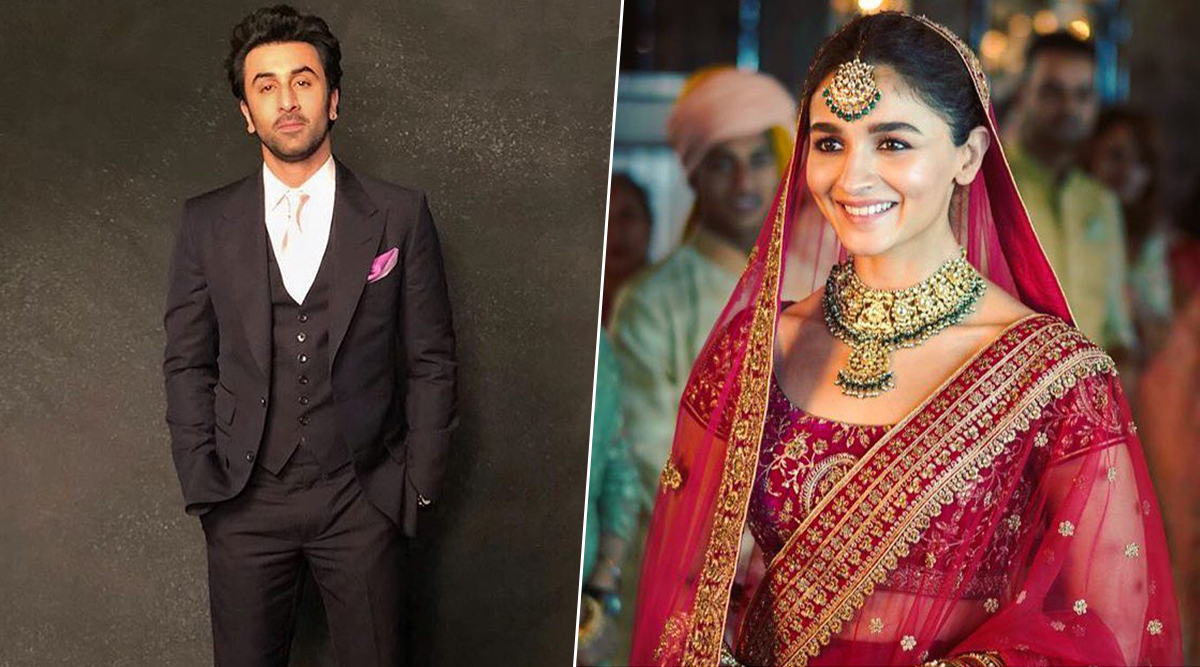 Ranbir Kapoor and Alia Bhatt have been delaying their film and their wedding to eternity. The fans are eagerly waiting for either to their film Brahmastra to release on time or at least see them getting hitched. But none of it is happening though! There have been numerous speculations saying that they would have a destination wedding at Jodhpur. However, the recent reports say that it will be in Kashmir! Brahmastra: Amitabh Bachchan Overwhelmed by the Affection of Himachali People As He Shoots in Freezing Cold Manali.

The reports seem too good to be true but imagine this beautiful wedding happen at this beautiful venue! There is a murmur that the actress wishes to get married to RK in Kashmir after she fell in love with the place while shooting for her flick Raazi.

In Meghna Gulzar's Raazi, she played a Kashmiri spy. Her on-screen marriage with Vicky Kaushal in the film was very well-shot. Alia's look as the Kashmiri bride was loved by the fans to the core. The song "dilbaro" is one of the stunning tracks of Bollywood when it comes to weddings. How couldn't she get nostalgic about that feeling? We wonder if RK would like Alia's suggestion of their destination wedding.

Meanwhile, the film has gotten delayed by almost a year now, if we go anything by a report in Bollywood Hungama. Instead of Summer 2020, it will apparently release in Winter 2020. The portal quoted a source saying, "The company working on the visual effects has conveyed to the producers that they won't be able to get the film ready by summer due to complexities in the visual effects, which have come across as a shock to everyone working on the film." Well, we can definitely hear the wedding bells ringing before the film hits the theatres then!