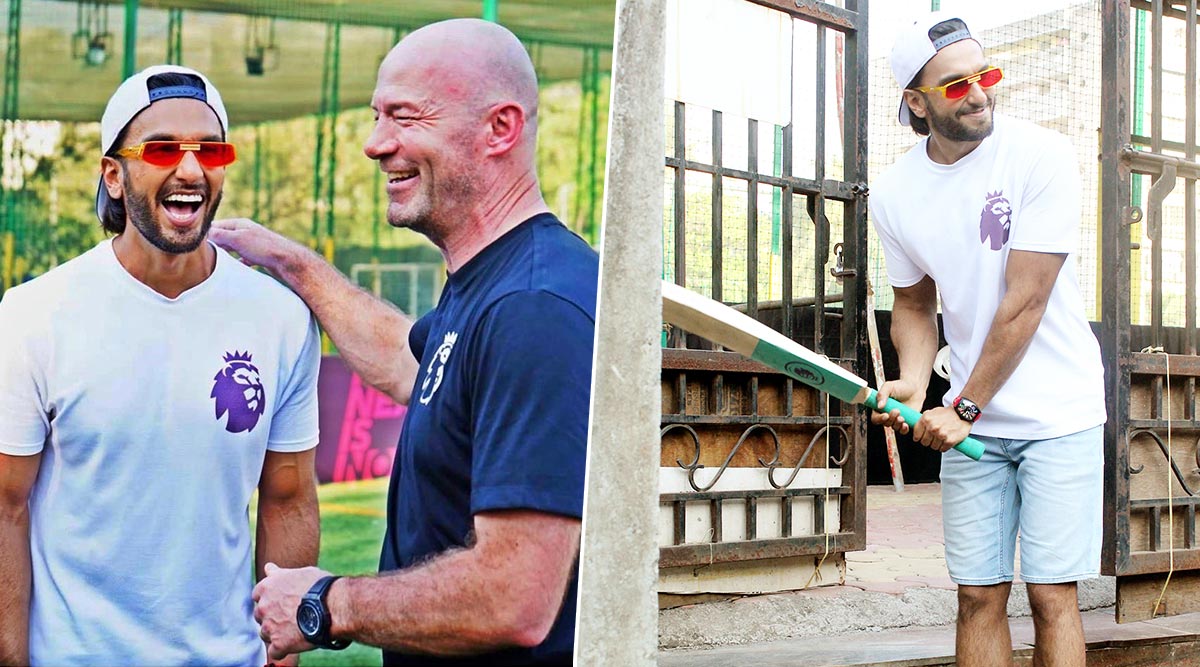 Ranveer Singh will be next seen playing the role of the former Indian skipper Kapil Dev in the film, 83. The movie directed by Kabir Khan and co-produced by Ranveer's wife Deepika Padukone, who also stars, is inching closer to its release. And with the full-fledged promotional spree of the film is also about to begin any day now. The first poster of the film has been dropped on the internet and Ranveer seems to have started carrying around a cricket bat with him. Well, at least he is carrying one in the latest pictures clicked by the paparazzi. '83: Deepika Padukone as Romi Dev is All Smiles With Ranveer Singh's Kapil Dev.

The actor was spotted in Juhu. He was there to attend a charity match. On the paparazzi's behest, he posed with a bat. Ranveer also met football legend Alan Shearer at the event and clicked pictures with him, one of which she shared on his Instagram page.

Check Out Ranveer Singh's Post With The Sporting Legend: 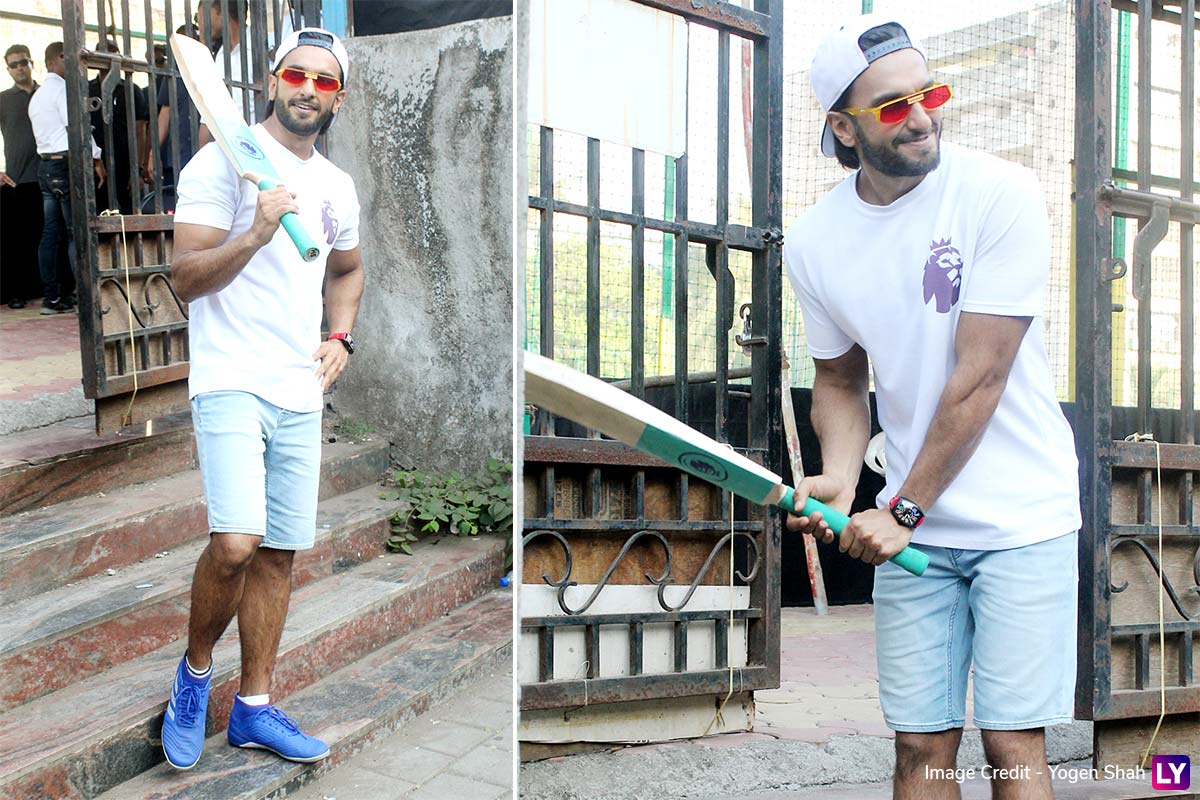 83 is scheduled to release on April 10, 2020. The movie will tell the story of how the Indian cricket team won the World Cup in 1983. The movie will feature an ensemble cast including Tahir Raj Bhasin, Saqib Saleem, Harrdy Sandhu, Jiiva, Jatin Sharma, Pankaj Tripathi, Neena Gupta. Imtiaz Ali Might Want To Cast Kartik Aaryan and Ranveer Singh For 'Love Aaj Kal 2030' Because The Poster's Ready!

Ranveer will also be seen in YRF's Jayeshbhai Jordaar this year, which is said to be a film about women empowerment. He will also start shooting for Karan Johar's next directorial, Takht. He will also feature in a cameo in Rohit Shetty's Sooryavanshi, which fill unite all three leads of the director's cop universe.