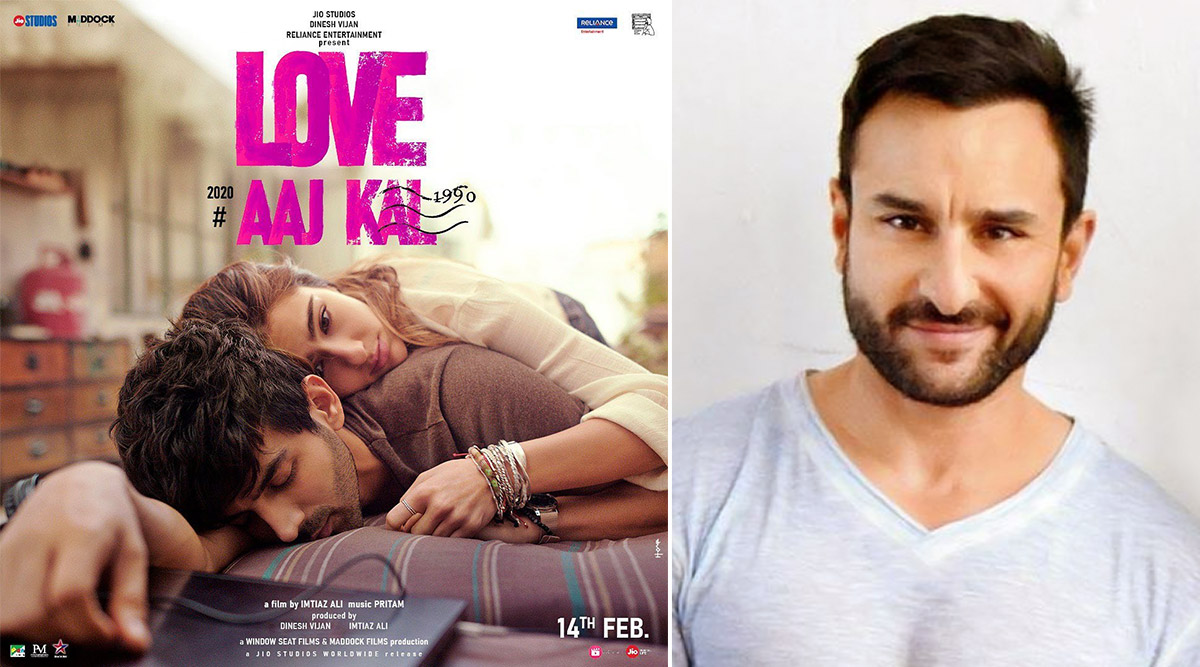 While Saif Ali Khan and Deepika Padukone's Love Aaj Kal is still so fresh in our minds, the director is already back with his second version. The new movie starring Kartik Aaryan and Sara Ali Khan will hit the screens on February 14, 2020, and going by its newly released trailer, we can expect another beautiful journey from the filmmaker. While there were rumours that Saif will have a role to play in this new version, they were later quashed by Randeep Hooda's inclusion. However, now a report suggests that the Omkara actor, in fact, wanted to be a part of this project but things didn't work out in his favour. Love Aaj Kal Trailer: Sara Ali Khan and Kartik Aaryan’s Tricky Love Tale Is a Perfect Treat for Valentine’s Day 2020 (Watch Video).

As per a report by Rajeev Masand in Open Magazine, Saif was very keen to be a part of this movie but Imtiaz Ali never approached him for any role. The actor joked about how he recently shot for Ole Ole remix for Jawaani Jaaneman and if he can do that, he could very well have had a role in Sara's Love Aaj Kal. Unfortunately, Imtiaz had no such plans and he went ahead with Hooda instead. Guess, the audiences will have to wait a bit longer to see this father-daughter duo shine together in a movie. Kartik Aaryan Admits He Has A Crush On Sara Ali Khan And Says 'Tu Hai Meri Sara'.

Sara Ali Khan and Kartik Aaryan's new release come across as a new-age love story with its connection to the yesteryear. Though the trailer received a mixed response from Twitterati, we are rooting hard for Sara and Kartik's chemistry in it. It's AMAZING.