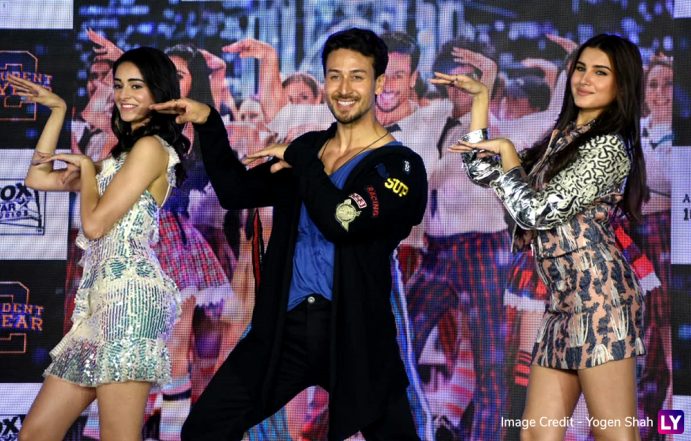 So far, this year hasn't turned out to be quite successful for Karan Johar. After his much-awaited production venture Kalank failed to pack a punch at the box office, now its Student of the Year 2 which is underperforming at the ticket windows. The film arrived in theatres last week on May 10 and got off to a good start despite opening to not so great reviews from the critics. However, Tiger Shroff, Ananya Panday and Tara Sutaria starrer saw a dip in its collection over the first weekend and since then SOTY 2 hasn't been able to pick up the pace at the domestic box office. Student of the Year 2 Box Office Collection Day 6: Tiger Shroff, Ananya Panday and Tara Sutaria's Romantic Drama Holds Up Well on Wednesday, Rakes in Rs 53.88 Crore

Film trade analyst Taran Adarsh took to the microblogging site Twitter a while back and revealed the updated figures saying, "#StudentOfTheYear2 underperforms... Biz was steady on weekdays, but *Week 1* total should’ve been much, much higher thanks to Tiger’s star power, #SOTY franchise and 3000+ screen count... In fact, #SOTY2 *Week 1* is lower than Tiger’s #Baaghi [2016]."

While Student of the Year 2 is clearly struggling at the box office, things will only get tougher from hereon as Ajay Devgn's romantic comedy De De Pyaar De has already hit the screens today. Co-starring Tabu, Rakul Preet Singh and Jimmy Shergill, the film is expected to do well courtesy its quirky storyline and supremely talented star cast. Apart from this, Hollywood release John Wick: Chapter 3 will also pose some competition for SOTY 2 at the Indian box office.