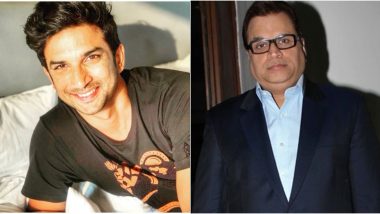 Sushant Singh Rajput's death still seems difficult to sink in. Considered to be one Bollywood's most talented actors, Sushant in a shocking incident, died by suicide on June 14. The actor's death investigation though has opened up a can of worms and seems to be getting murkier with each passing day. While those close to him have been giving statements to the media, recently it was confirmed by producer Ramesh Taurani and director Nikkhil Advani that they were in conversation with the late actor for a project. Sushant Singh Rajput's Sister Shares Screenshot of Her May 22 Chat With Late Actor.

Recently, Times Now reported that Sushant had a film narration call with Ramesh Taurani before his demise and the same has been confirmed by the producer. The shooting for the film was supposed to start by the end of the year revealed the producer. Whilst speaking to the news channel, he also maintained that Sushant sounded normal and that he couldn't determine whether the actor was depressed given that it was a telephonic conversation. According to reports, Sushant allegedly stated that he thought that the “narration was good,” but sought the entire script of the film. Sushant Singh Rajput Death Probe: CBI Files FIR Against Rhea Chakraborty, Her Father, Mother, Brother, Manager Among Others.

As for the case, the investigation has now been transferred to CBI who have begun to register the case and also filed FIRs against Sushant's girlfriend Rhea Chakraborty, her mother, father, brother and also Samuel Miranda and Shruti Modi.

(The above story first appeared on LatestLY on Aug 06, 2020 11:02 PM IST. For more news and updates on politics, world, sports, entertainment and lifestyle, log on to our website latestly.com).