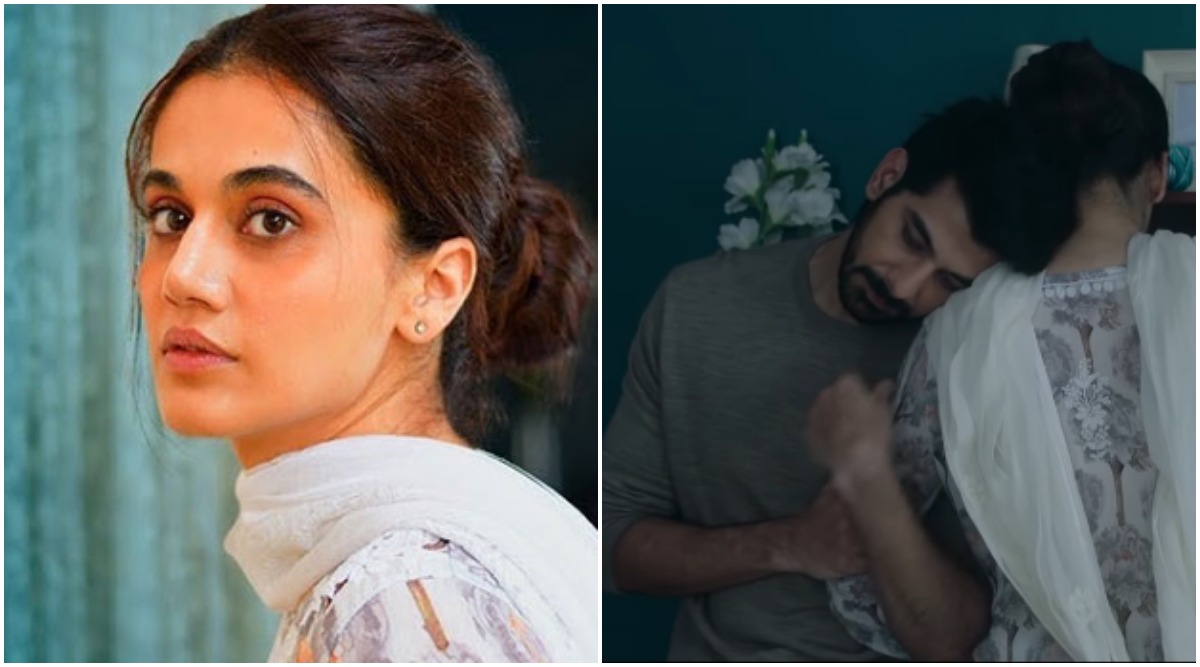 When the makers had released the thought-provoking trailer of Thappad, it had raised several questions. The film’s trailer highlighted how ‘just one slap’ from a husband to his wife is ‘not okay’. The message was pretty clear with regards to the film’s story-line. Thappad dealt with the social issue of domestic violence. The trailer highlighted how things fall apart between happily married couple, Amrita (Taapsee Pannu) and Varun (Pavail Gulati). It all starts when an enraged husband slaps his wife on the face during a house-party. When sharing the film’s trailer, it was posted with the caption, “Haan bas EK THAPPAD ….. par nahi maar sakta”. This gut-wrenching tale narrated through the film Thappad has been lauded by critics. Thappad Movie Review: Anubhav Sinha’s Social Drama Is a Stinging Slap on Male Privilege With Taapsee Pannu in Stellar Form.

There’s two days left for Thappad to hit the big screens. A special screening was held yesterday for which from celebs to critics had attended. The film has opened to positive reviews. Critics are not only impressed with the lead actors and supporting casts performances, but the gripping tale seen even in this modern-day era, has left them impressed. Critics claim that a film like Thappad is a slap to the age-old belief that is still been carried on in today’s society. Let’s take a look at the reviews shared by critics. Sonam Kapoor Appreciates Taapsee Pannu by Calling Her a Clutter Breaker, Thappad Star Is Truly Elated.

Koimoi – A borderline performance neatly balanced by Taapsee. Pavail Gulati stands tall in front of the behemoth of the performers around. The impact left by this ‘Thappad’ is eternal. It questions a social stigma that’s bothering around 80% of the women, leaving us men think of what are we even doing? A riveting watch!

Hindustan Times – Taapsee Pannu delivers a spectacular performance as a submissive and vulnerable wife whose life could have been poles apart if she chosen a different path. The film takes on deep-rooted patriarchy and unfair marital norms that our society doesn’t wish to raise a voice against. Sinha’s Thappad is the much needed slap everyone needed to break the silence and call out the wrong.

Times Of India – 'Thappad' is not just a film aimlessly ranting about borderline domestic violence; it brings to light the years of conditioning that a woman is subjected to by her own family and society that she lives in. Taapsee, as the submissive wife, who suddenly undergoes an ocean of change within her, is a firecracker of a performer in this drama. Pavail Gulati, as the determined corporate-slave with very intense life goals, pulls off a brilliant performance. You will want to hate him for his flaws, but his character is no less complex than the rest of them.

Bangalore Mirror – Anubhav Sinha’s Thappad offers a reality check and delves into how it also serves as an irreversible insult that can actually ferment into a point of severe contention. Thappad is an essential and educational watch for a society which deserves a tight, resounding one on the cheek for dismissing such acts as ‘one-off episodes’, incapable of having life-altering ramifications.

Watch The Trailer Of Thappad Below: