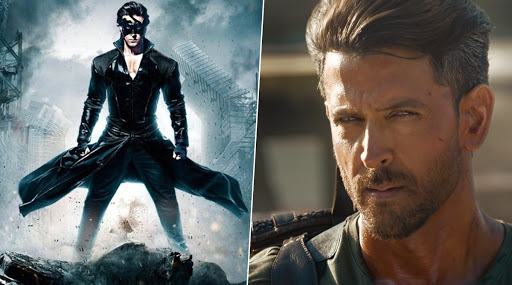 War is just unstoppable. It has already become the biggest hit in Tiger Shroff and Vaani Kapoor's career and now it has managed to topple Hrithik Roshan's last big hit too. War has managed to earn Rs 7 crore on its second Friday which has made the film go beyond Krrish 3's total, which was till yesterday, Hrithik's biggest hit. The superhero flick had earned Rs 244.92 crore in its lifetime and now War has surpassed it by earning Rs 245.35 crore. Hrithik Roshan and Tiger Shroff’s War Crosses The Rs 300 Crore Mark – Deets here

We can't say we are surprised. The way the film has been performing at the box office, we never had a doubt that it can beat Krrish 3. For Hrithik fans, it's a double treat. First, there were two releases from this man in 2019 who skips many years between his films generally and second, War is the kind of actioner his followers love to see him in. It earned him rich dividends during Dhoom 2, Bang Bang!, Agneepath and now War.

War will earn even more this weekend. Trade is expecting superb numbers on second Saturday and Sunday. Next stop will be to beat Shahid Kapoor's Kabir Singh and become the biggest hit of 2019. Doesn't seem unlikely to us!