Eddie Murphy: I Am Very Grounded and Spiritual and That’s Just My Connection With God

Hollywood star Eddie Murphy says he is very grounded and spiritual, adding these traits reveal his connection with god. 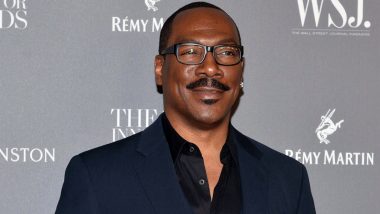 Hollywood star Eddie Murphy says he is very grounded and spiritual, adding these traits reveal his connection with god. "I am very grounded and spiritual and that's just my connection with God. Being a young person in this business is like you have to navigate through a minefield. There are so many ways you could destroy yourself. A lot of people I have seen destroy themselves," said Murphy, on "The Drew Barrymore Show". Eddie Murphy Opens Up on Why He Stopped Working For 8 Years After Successive Hits in the 1980s.

The actor's assertion came when Barrymore asked him if he had "avoided some of the pitfalls in life because of spirituality". Murphy said his contemporaries such as Michael Jackson, Prince and Whitney Houstan had a self destructive thing. Eddie Murphy Birthday Special: From Prince Akeem to Donkey, 5 Characters Played By Coming 2 America Star That Rank High in Our List!

"The people who came on the scene the same age as I am, they had a self-destructive thing going on. That's my biggest blessing that I got started real early and I knew what I wanted to do and I was really young and I learnt to love myself and never hated myself or beat up myself. I have always been my biggest fan," Murphy said on the show that airs on Zee Cafe in India.

(The above story first appeared on LatestLY on May 03, 2021 02:11 PM IST. For more news and updates on politics, world, sports, entertainment and lifestyle, log on to our website latestly.com).