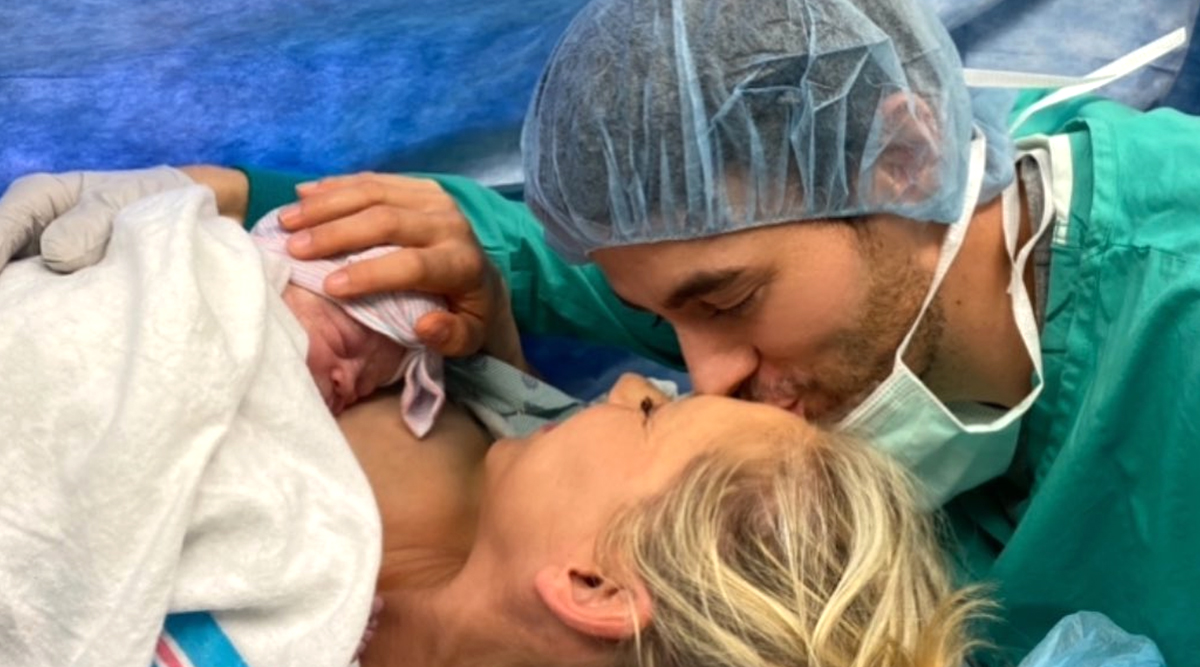 Musician Enrique Iglesias and tennis star Anna Kournikova announced the birth of their baby girl on social media on Thursday (local time). They welcomed their third child last month after keeping Kournikova's pregnancy a secret. The 44-year-old singer shared the moment of happiness on Instagram and wrote, "My Sunshine 01.30.2020"In the lovely picture. Cameron Diaz-Benji Madden Announce the Birth of Their Baby Girl, Raddix Madden! Couple Says They Will Not Post Any Pic of Their Daughter.

Enrique is seen holding the newborn in the hospital. The thirty-eight-year-old Tennis star also shared adorable pictures on Instagram. The first frame captures Anna cuddling with the baby while the other one shows a memorable picture of the child with Enrique and Anna. Iglesias and Kournikova tied the knot in 2001. Michael Sheen Becomes Dad Again, Welcomes a Baby Girl As the First Child from Girlfriend Anna Lundberg.

Enrique Iglesias With His New-Born Daughter

The couple is parents to 2-year-old-twins Nicholas and Lucy who they welcomed in December 2017. Kournikova shared rare footage of the little ones running in an adorable Instagram video, last month.