John C Reilly Birthday Special: From Guardians of the Galaxy to Boogie Nights, 5 of the Actor’s Best Films Ranked According to IMDb!

Reilly while primarily is a comedian, his range goes way beyond that too. He has appeared in many challenging roles throughout his career. Starring in films like Chicago and Boogie Nights, it certainly helps the claim of him having great range. 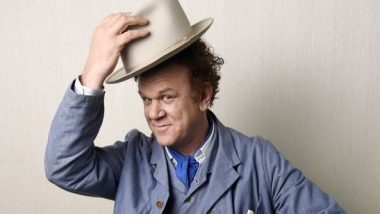 John C Reilly has always managed to bring a smile on everyone’s faces. The actor is the best among a long line of individuals, and his commitment to his roles go an extremely long way. Being in some of the best, and funniest films of all time, Reilly has always managed to stand out in any scene that he is involved. He is an actor with range that has done it all, and it is quite visible through his performances. John C. Reilly Birthday Special: 7 Movies Of The Actor That Are A Must Watch.

Reilly while primarily is a comedian, his range goes way beyond that too. He has appeared in many challenging roles throughout his career. Starring in films like Chicago and Boogie Nights, it certainly helps the claim of him having great range. So, to celebrate his 57th birthday, let's take a look at five of his best films according to IMDb. Ralph Breaks The Internet Movie Review: A Delightful Sequel That Manages to Entertain You With Internet Spoofing and Easter Egg-Hunting!

Martin Scorsese’s period epic is a revenge thriller that will have you amazed by the talent on screen. Starring Leonardo DiCaprio and Daniel Day Lewis, the film sees Amsterdam Vallon enact his revenge on Bill the Butcher. Reilly plays the role of Jack Mulraney, and is one of the best parts about the film.

A horror film that sees a mother tries to come to terms with the heinous crimes her son has committed, this is a movie that will shock you in the best way possible. Starring Ezra Miller, Tilda Swinton and Reilly, definitely check this out if you want a great psychological thriller.

A new spin on videogame films, Wreck-It Ralph was a treat. Featuring the voices of Reilly and Sarah Silverman, the movie featured some great homages to some classic videogames and had a sweet message about redemption.

PTA’s masterpiece, Boogie Nights saw him focus on nightclub dishwasher that would go on to star in adult films. The film is a great look into the industry, and how it focuses on one’s rise and decline as a star. Reilly completely shines in a new light as he portrays the role of Reed Rothchild.

From the mind of James Gunn and featuring a cast of some wildly colourful characters, this was one of Marvel’s biggest surprise hits. Seeing a group take on Ronan the Accuser, this is some of the most fun you will have watching a superhero film. Reilly plays the role of Rhomman Dey, a Nova Corps officer, and he has some greats bits with Chris Pratt.

Reilly truly is an actor of great talent, and we can’t wait to see what he does next. With this, we finish off the list and wish John C Reilly a very happy birthday.

(The above story first appeared on LatestLY on May 24, 2022 09:10 AM IST. For more news and updates on politics, world, sports, entertainment and lifestyle, log on to our website latestly.com).