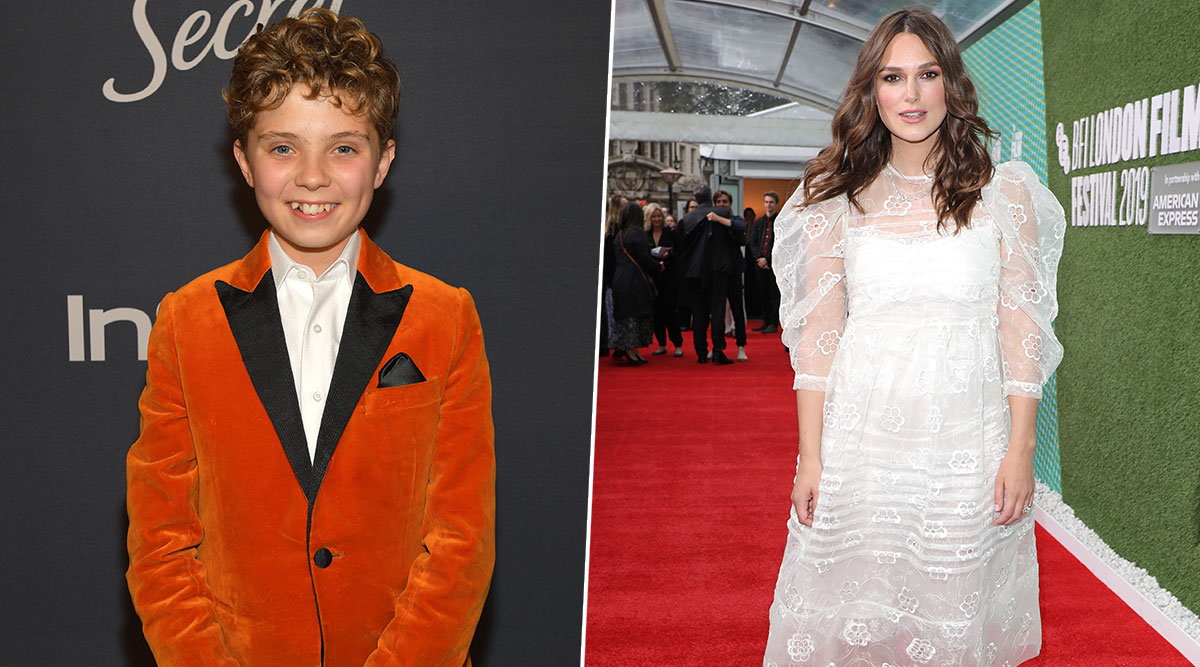 British actor Keira Knightley and Jojo Rabbit star Roman Griffin Davis will be featuring in Christmas-themed movie "Silent Night. The two actors will be joined by Matthew Goode and Annabelle Wallis in the project that will be produced by Matthew Vaughn's Marv Films. The Great Machine: Oscar Isaac to Star in the Film Based on Ex Machina Comic.

According to Deadline, Griffin Davis' mother, Camille Griffin, will make her directorial debut with the film. She has also penned the script. The plot details have been kept under wraps but it is said to be a festive comedy that will focus on an extended family having a Christmas dinner in a country setting. Citadel: Priyanka Chopra Jonas and GoT Fame Richard Madden To Star in Russo Brothers’ Amazon Series.

Maven Pictures's Celine Rattray and Trudie Styler are also on board as producers.