Sony Pictures accidentally uploaded an entire film 'Khali the Killer' on YouTube instead of the red-band trailer. 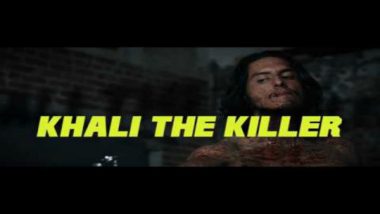 Washington DC, [USA] July 04: Sony Pictures accidentally uploaded an entire film 'Khali the Killer' on YouTube instead of the red-band trailer. According to the Hollywood Reporter, the production house uploaded the 89 minutes and 46 seconds movie on July 03 on its YouTube channel.

The goof-up was first spotted by entertainment news website CBR.com.

The movie was live for eight hours before it was taken down from YouTube.

In those eight hours it did invite some attention from YouTube users, but in the midst of all this, the film got an exposure of a different kind.

For those who missed this once-in-a-lifetime opportunity, the film is currently available on rent or digital purchase. Interestingly, it is available on a rental basis on YouTube itself.

The movie is written and directed by Jon Matthews. It stars Richard Cabral who plays the lead role of a hitman whose final job goes sideways when he happens to develop empathy towards the intended victims. In November last year, the production house had launched the film on DVD.