What a Man Gotta Do Music Video Poster: Priyanka Chopra and Nick Jonas Be Goofy In Love! 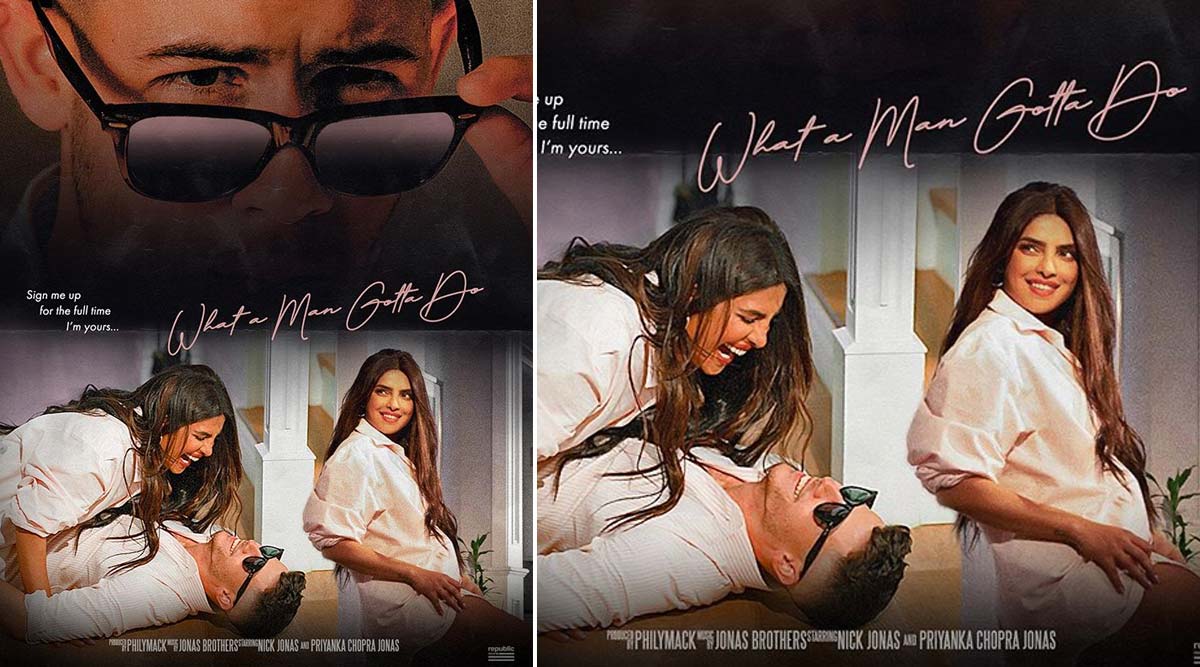 Priyanka Chopra and Jonas in What a Man Gotta Do (Photo Credits: Instagram)

Priyanka Chopra and Nick Jonas will be back with another video! The couple announced a music single titled as "What a Man Gotta Do." They shared a glimpse of what to expect from the song through the poster of the video. In it, we see PeeCee and Nick getting all mushy and goofy! The poster also has an equally cheesy caption that says, 'sign me up for the full time, I'm yours.' 'She's Risky and I'm the Business,' says his caption. The video is releasing on 17 January 2020 (Friday). Nick Jonas Messes Up TikTok Video, Leaves Sister-In-Law Parineeti Chopra Laughing (See Pic).

Priyanka looks beautiful in a crisp white shirt and her long tresses with chocolate brown highlights on point. The giggly desi girl is seen twinning with Nick who is also wearing a white shirt. Check out the poster below.

What a Man Gotta Do Poster

The duo was earlier seen in two songs namely one of the hit tracks, "Close" and  Jonas Brothers' comeback song "Sucker." This will be their third outing and by the looks of it, the song seems mushier than the earlier ones. We hope that the Jonas Brothers' musical piece impresses the fans as much as the previous ones.

Priyanka-Nick's Dance on Close For Vogue

Meanwhile, the duo is also engaging into their own reality show based on the concept of sangeet ceremony. They recently invited the fans to join them to be a part of the reality show that will be strictly musical and entertaining and be showcased on Amazon Prime. The two are definitely thriving on the professional front as much as they are happy on the personal front! What are your thoughts on this new poster? Do let us know in the comments section below.