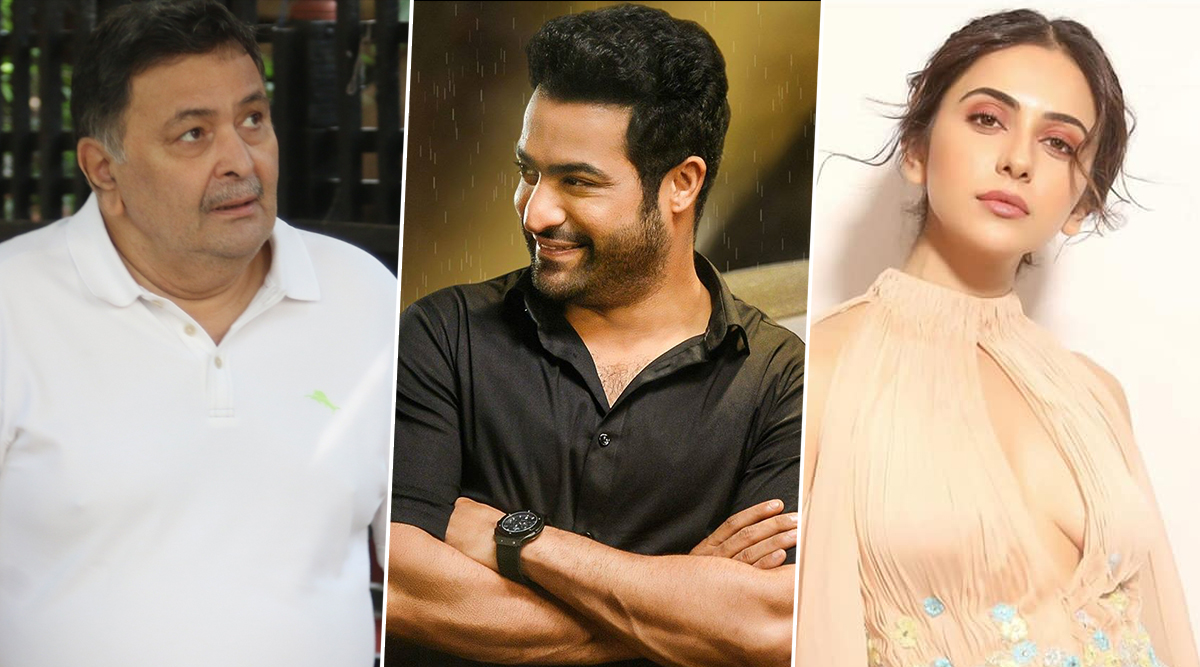 The internet woke up to the news of justice been served to Hyderabad veterinarian in the rape and murder case. The four accused in the gruesome case were killed in an encounter as they reportedly tried to escape from Chatanpally. The accused persons were killed by the Telangana police at the same spot where the victim's body was buried by them. Bollywood celebs like Rishi Kapoor, Junior NTR, Nagarjuna Akkineni, Rakul Preet, Raashi Khanna hailed the authorities for the same. Hyderabad Encounter: All Accused in Vet Rape And Murder Case Gunned Down at Same Spot Where They Dumped Victim's Body, Here Are Other Details of Shootout.

Rishi Kapoor tweeted, "Bravo Telangana Police. My congratulations!." Telugu actor Nagarjuna Akkineni also write on the micro-blogging site, "This morning I wake up to the news and JUSTICE HAS BEEN SERVED!! #Encounter" Lyricist Manoj Muntashir said, "Zindabad #TelanganaPolice. You have set an example this nation is grateful for. Rapists deserve to be killed mercilessly. Trials and laws are meant for humans, not beasts." Check out the tweets below.

This morning I wake up to the news and JUSTICE HAS BEEN SERVED!! #Encounter

Finally... The brutes deserved it for the inhuman Horrific crime they committed.

We will never get back the innocent Disha again... but the next time someone thinks of rape or murder they will also realise the consequences. #JusticeForDisha #Encounter pic.twitter.com/2Zm7be2q7b 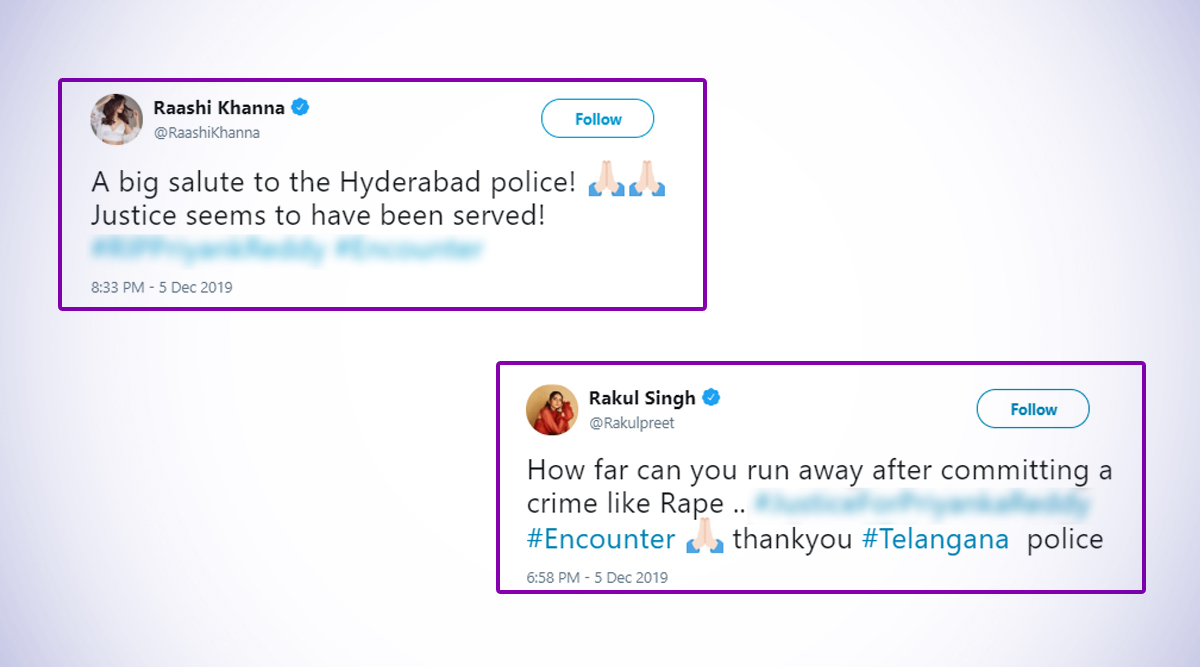 The father of the victim also commented on the whole incident. He said, "It has been 10 days to the day my daughter died. I express my gratitude towards the police & govt for this. My daughter's soul must be at peace now." The encounter happened under the leadership of Deputy Commissioner of Police Prakash Reddy. Earlier on Wednesday, the Telangana High Court had approved the proposal by the state government to fast-track the case in order to give quick justice.