Bro Daddy: From Dhamaka to Vandanam, 9 Movies We Were Reminded of While Watching Mohanlal and Prithviraj Sukumaran’s Film (SPOILER ALERT) 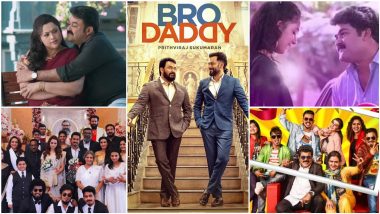 Bro Daddy is actor Prithviraj Sukumaran's second directorial after 2019's blockbuster hit Lucifer. While both the films have Mohanlal in the lead, Prithviraj promotes himself as the parallel lead in Bro Daddy, after doing an extended cameo in Lucifer. Mohanlal and Prithviraj play father John Kattadi and son Eesho respectively in Bro Daddy, and the movie is about what happens when their loves lives face the exact same complication. Meena and Kalyani Priyadarshan are the female leads, while Bro Daddy also stars Lalu Alex, Kaniha, Jagadeesh, Soubin Shahir and Unni Mukundan. Bro Daddy has skipped theatrical release and is now streaming on Disney+ Hotstar. Bro Daddy Movie Review: Mohanlal and Prithviraj Sukumaran’s Family Entertainer Is Half-Amusing!

Before we go ahead, let me remind you that this article is filled with SPOILERS about the movie. So do tread ahead with caution if you have not seen Bro Daddy yet, and are planning to see it soon. Bro Daddy is a family entertainer with a feel-good storyline and some sitcom-like situations involving double pregnancies. Not to mention, the fascination of seeing Prithvi-Lalettan be a chill son-father duo.

While watching the movie, there were certain scenes and situations that bred  a strong sense of familiarity for me, recalling older movies. Not saying these movies are inspiration for Bro Daddy, but they did run through my mind while watching the film. Whether intentional or not, I leave it upto the good sense of the readers, but here are some of the movies that I was reminded of while watching Bro Daddy. 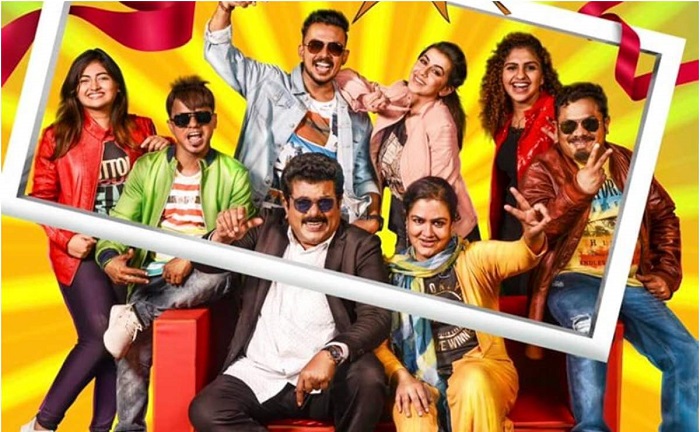 This 2020 Omar Lulu comedy starred Arun Kumar, Nikki Galrani, Mukesh, and Urvashi in the lead. It is about a son who discovers that his parents are expecting a baby. What makes it different from Bro Daddy is that unlike Prithvi's character in the latter, here the son and his wife are having bedroom issues and are therefore unable to make a baby. Interestingly, the son's character is named Eyo, while Prithvi's character is called Eesho. 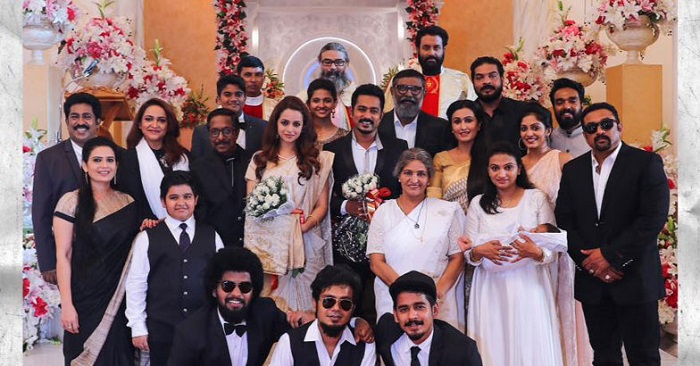 A Still from Honey Bee 2

The sequel to Lal Jr's hit comic-thriller, Honey Bee, this sees the young lead couple, played by Asif Ali and Bhavana, hide their relationship from the hero's parents, and trying to wed each other through an arranged marriage alliance, with the girl's family in support of the plan. What's more, the girl's eldest brother and the guy's father were once close friends. Kinda like how John and Eesho try to trick Lalu Alex's character into getting his daughter married to Eesho, even though the couple are already in a live-in relationship. 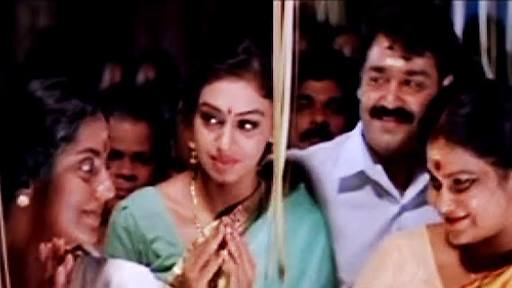 Speaking on senior couples getting pregnant, how can we forget the classic Mohanlal film where his character deals with his parents have a child, while in their sixties? Pavithram is, however, a serious movie and focuses more on the protagonist and his relationship with his young sister. The thing to note here is that Mohanlal's character is referred to as Chettachhan. Looks like Prithvi borrowed that epithet and anglicised it to sound more hip!

PS: Pavithram is the reason why I haven't included Badhaai Ho in this list. Anyway, the focus of Bro Daddy wasn't much on the senior couple, but more on the younger couple. 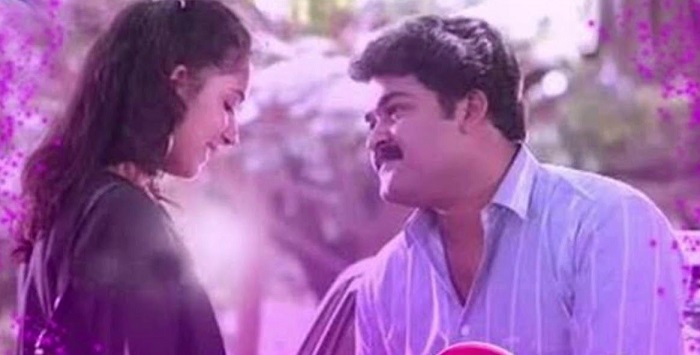 Girija and Mohanlal in Vandanam

The third act sees Eesho win over his betrayed father-in-law by helping him pitch for an ad for his friend's maternity hospital and win that contract. And the inspiration for the pitch comes from a line that John says to Eesho during their conversation together. Is that Prithviraj paying a subtle nod to Vandanam's famous 'Gadha Jam' scene? Hridayam: From Adhipan to Chithram, 7 Mohanlal Movies We Were Reminded of While Watching Son Pranav Mohanlal in Vineeth Sreenivasan’s Film. 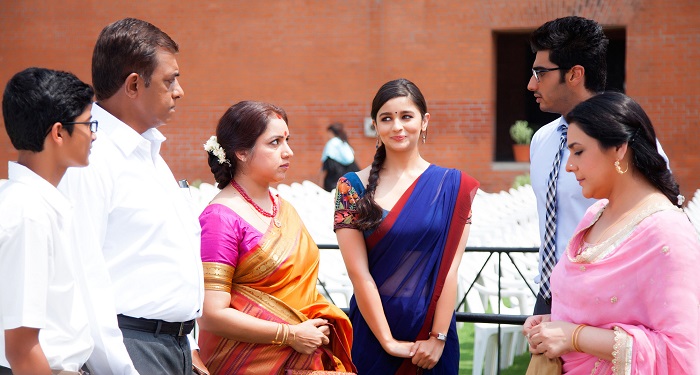 A Still from 2 States

While we are at impressing fathers-in-law, Eesho is not the first onscreen son-in-law to do so while making a powerpoint presentation. Arjun Kapoor did that before in this movie adaptation of Chetan Bhagat's semi-autobiographical novel. 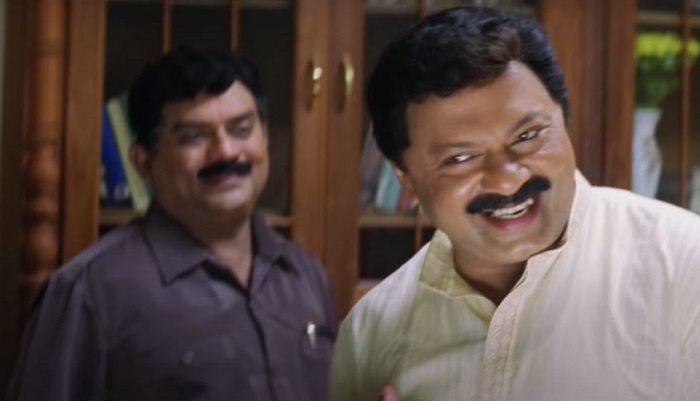 Remember that scene in Bro Daddy, where Lalu Alex's clothes are ruined thanks to Eesho, and he had to wear a splashy shirt instead, making him stand out oddly in the crowd? Lalu Alex had done something similar in Pulival Kalyanam too, where he had to wear an outrageous T-shirt after his business suit gets ruined. The reason for that? Jayasurya's character who would soon be his son-in-law but not without opposing him first.

What to Expect When You're Expecting 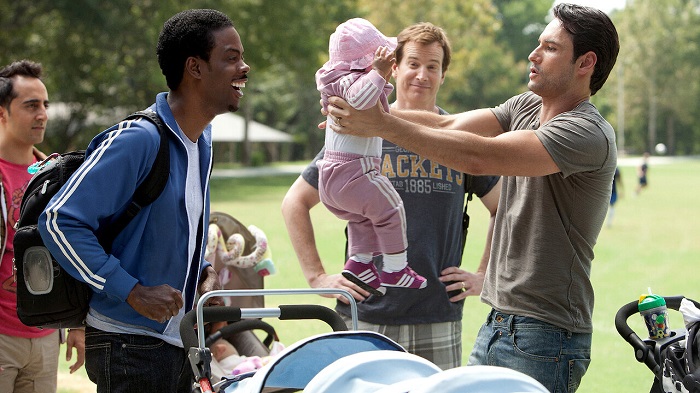 A Still from What to Expect When You're Expecting

This 2012 Hollywood romcom had one of its subplots about a father and son getting their partners pregnant at the same time. Thankfully, Bro Daddy isn't a ripoff of this track, as the Hollywood film has the duo get into a competitive streak with each other. In Bro Daddy, the father helps the son through a very sticky situation with his future in-laws.

Meena and Mohanlal in Munthirivallikal Thalirkkumbol

There is no doubt that Prithviraj, like many Mallu fans, would have loved the natural chemistry that existed between Mohanlal and Meena in the Drishyam films and Munthirivallikal Thalirkkumbol, where they played a loving married couple in these films, who do not shy away from intimacy despite years into their marriage. 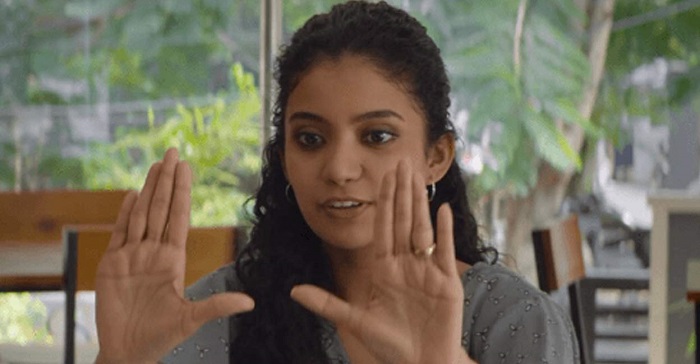 Okay, apart from the surprise pregnancy part, Bro Daddy has nothing to do with Sara's. But we can't help but revisit the Anna Ben movie, as how disparately these two films handle the pregnancy part, while at least having the shared ground of giving the female lead the right to choose what to do with her pregnancy. In Bro Daddy, we aren't privy to how the pregnancy affects Anna's career, but that isn't the main theme of the film anyway.

(The above story first appeared on LatestLY on Jan 26, 2022 06:05 PM IST. For more news and updates on politics, world, sports, entertainment and lifestyle, log on to our website latestly.com).