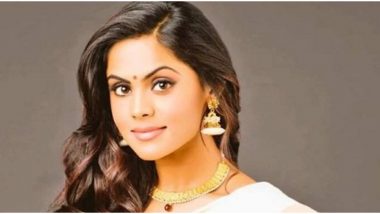 Actress Karthika Nair was shocked by her electricity bill for the month of June. No pun intended. The actress who shot to fame with Jr NTR's Dammu took to Twitter to lash out at the electricity provider for the exuberant bill that she received. Well, we all will be angry and upset if the bill was around Rs 1 lakh based on estimates. Did she have floodlights on for the month of June? Well, that is quite a common man problem that the celeb is facing. Quite a few citizens across India have complained about the wrong electricity bills and accused the provider of overcharging during the time of the pandemic.

Karthika wrote, "So what kind of scam is @Adani_Elec_Mum conducting in mumbai? June electricity bill close to 1lakh... (based on their "estimates" since they could not do meter reading during lockdown) hearing lots of similar complaints from Mumbaikars." Shivraj Govt Announces Reduction of Electricity Bills Amid COVID-19 Crisis.

So what kind of scam is @Adani_Elec_Mum conducting in mumbai? June electricity bill close to 1lakh... (based on their "estimates" since they could not do meter reading during lockdown) hearing lots of similar complaints from Mumbaikars.

A large number of citizens of Mumbai, Navi Mumbai and Thane have received inflated electricity bills. According to a report in Times of India, the power bills received by the residents are four to eight times the normal bills expected during summers.

Citizens of Madhya Pradesh have also received inflated bills. As per a report by Hindustan Times, a state BJP office-bearer in Bhopal who usually used to receive a bill of about Rs 15,000 per month against his domestic connection got a bill of more than Rs 50,000 in June. A shopkeeper, whose shop was shut for the past two months received a bill of Rs 4,800 in MP.

(The above story first appeared on LatestLY on Jun 26, 2020 10:18 PM IST. For more news and updates on politics, world, sports, entertainment and lifestyle, log on to our website latestly.com).