The Kerala Police have arrested four youths for threatening and blackmailing upcoming South Indian actress Shamna Kasim. Speaking to IANS, a police official attached to the Maradu Police station near here said the police launched a probe following a complaint and have arrested four people. 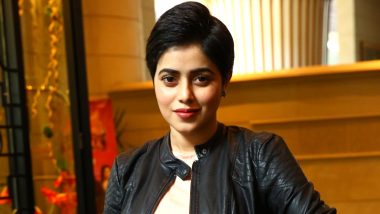 "All the four have been arrested and they are now remanded to judicial custody. The probe is going on," said the official who did not wish to be identified. Ramya Krishnan’s Car Lands in Controversy; Tamil Nadu Police Seizes 96 Beer and 8 Liquor Bottles From The Vehicle

Kasim began her career as a dancer and a model and after becoming a success in the television industry, she entered films and in a career that began in 2004 she has acted in about 40 South Indian films so far.

(The above story first appeared on LatestLY on Jun 24, 2020 03:29 PM IST. For more news and updates on politics, world, sports, entertainment and lifestyle, log on to our website latestly.com).